There might not be a single technology that exists today that has as much potential to transform businesses and the world like artificial intelligence. It's already making autonomous vehicles a reality and helping researchers sift through data and find new cures for diseases -- and by 2030 it could add $15.7 trillion to the global economy.

That's why it's important for investors to keep track of which companies are making the biggest moves in this space. To help you nail down a few top artificial intelligence stocks, we reached out to a few Motley Fool contributors for their top picks right now. Here's why Alphabet (NASDAQ:GOOG) (NASDAQ:GOOGL), CalAmp (NASDAQ:CAMP), and Microsoft (NASDAQ:MSFT) topped their lists. 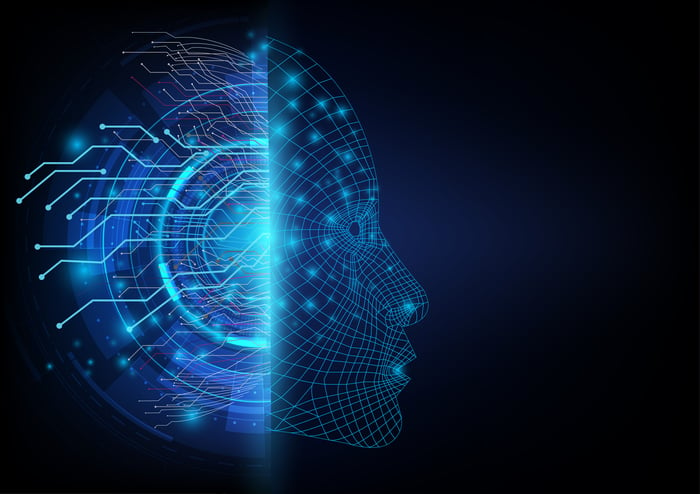 I, for one, welcome our new overlords

Anders Bylund (Alphabet): You know Alphabet as the parent company of Google. In turn, Google is an online search engine tied to a market-leading advertising platform. These operations accounted for a staggering 99.5% of Alphabet's total sales in the last three quarters. That elevator pitch really won't cover what Alphabet does for much longer.

Operations we see as silly little hobbies today are about to reshape Alphabet's entire business model. I'm talking about self-driving cars under the Waymo brand, smart thermostats and fire alarms from the Nest name, and a zillion other projects not directly linked to Google's search and advertising business.

The one thing these stealth fighters are bringing on their flight way under the market's radar is artificial intelligence. Projects like Nest and Waymo lean directly on Alphabet's AI research. Other ideas use AI in less obvious ways. For example, I expect the medical research business known as Calico to use Alphabet's best data-analysis tools in its daring quest to end human aging.

At the heart of Alphabet's artificial intelligence efforts stands the DeepMind platform. That's a mighty powerful ally. How powerful? Well, let me give you an example.

Computers have been beating the best humans at chess for many years now. The crown among digital chess programs used to belong to Stockfish, an open-source platform that was built around human chess theory as a hyper-accelerated version of our existing understanding of that ancient game. In December of 2017, Alphabet gave a DeepMind-powered system nothing but the rules of the game and some time to figure out the tactics and strategy on its own.

The DeepMind system, AlphaZero, was given nine hours to master chess. Then it crushed Stockfish's best efforts with 28 wins and no losses in a 100-game match. Experts estimate that it took about four hours of solo practice to equal Stockfish's playing strength.

Take that platform, feed it a large number of high-powered processors, and point it at any problem you need to solve. Nine-hour time limits may be cool for the purposes of marketing a chess event, but there's no need to set a firm limit on real-world problem solving. I like DeepMind's chances of coming up with valuable solutions to real-world problems in this way.

That's the long game for us Alphabet investors. But the market has focused on short-term results and political turbulence in 2018, holding share prices almost exactly where they were a year ago. The stock has fallen 11% lower over the last three months and 5% lower in the last week alone. That looks like a buying window to me.

Steve Symington (CalAmp): Last week, shares of CalAmp plunged more than 16% in a single day after the machine-to-machine (M2M) communications leader lowered its fiscal Q3 2019 guidance. For that, CalAmp management blamed component shortages as well as an initiative related to diversifying its supply chain to shift manufacturing away from China in response to new tariffs and trade concerns in the country.

Still, management promised that it's "taking steps to address these operational challenges" -- something about which investors will receive more color when CalAmp releases its formal quarterly results this Thursday (December 20, 2018). And to help take some of the sting away in the meantime, the company also announced a new $20 million stock repurchase program that could help it take advantage of the drop.

But in particular during this week's call, investors should be listening closely for details on the expected duration of these headwinds, which should be at least partly reflected in its forward quarterly outlook, as well as for confirmation that CalAmp's operational challenges are only having a temporary impact on its top- and bottom-line results.

While it's never fun to see shares of any promising business take a big hit, I think that hit could be short-lived if CalAmp can successfully appease shareholders' concerns.

AI has its head in the cloud

Chris Neiger (Microsoft): Microsoft's been working artificial intelligence software for years and made a big push back in 2016 when it created its artificial intelligence and research group and manned it with 5,000 computer scientists and engineers. Now Microsoft has more than 8,000 people on its AI team, and it announced earlier this year that the company would be restructuring its businesses, in part to give even more attention to AI.

Microsoft successfully transitioned to cloud computing just a few short years ago, so why this new focus on AI? It's because cloud computing and artificial intelligence are becoming increasingly interwoven, and Microsoft is determined not to miss out.

The company is the second-largest public cloud computing player right now -- behind Amazon -- and this segment is just starting to heat up. CCS Insight estimates that artificial intelligence integrated into cloud computing services will result in a doubling of the cloud market over the next few years -- putting its value at around $520 billion. Microsoft's cloud computing platform, Azure, saw its revenue spike 76% in the most recent quarter, and the company knows that integrating more AI services into Azure will only help its cloud business grow even more.

Microsoft CEO Satya Nadella said earlier this year that "AI is the run-time which is going to shape all of what we do going forward." With the company already building out its AI cloud computing platform and Nadella restructuring the company to focus more of its attention on AI, it's becoming clear that this tech giant is betting on a world where AI dominates nearly every aspect of the tech sector -- and investors would be wise to place the same bet.