Please ensure Javascript is enabled for purposes of website accessibility
Free Article Join Over 1 Million Premium Members And Get More In-Depth Stock Guidance and Research
By Cory Renauer - Dec 20, 2018 at 8:16AM

These risky pot stocks could expand your bank account, but there's a better chance that they'll just blow up in your face.

The global market for legal cannabis sales is expected to grow like a weed in the years ahead, which could help these five marijuana stocks produce market-beating gains for investors. If you feel like now's the time to start investing in these stocks, though, understanding a few key reasons to avoid them could save you a lot of trouble down the road.

Aggressive growth strategies generally make sense when companies are jostling for shares of rapidly expanding markets. The pursuit of growth at all costs, though, has come at a tremendous expense that these companies could have trouble paying.

Here are a few big problems that could keep these marijuana stocks from performing for your portfolio in the years ahead.

Investors who bought Aurora Cannabis stock a couple years ahead of Canada's adult-use rollout have seen this Canadian pot producer's overall market cap explode 1,280% higher. Sadly, Aurora has made so many purchases with its own shares that investors realized a far more modest gain, and long-term Aphria investors are in a similar pickle jar.

Looking ahead, Cronos Group is about to receive a $1.8 billion cash injection from Altria ( MO 1.16% ) in return for 146.2 million new shares of Cronos stock. That's enough to boost the number of outstanding shares a whopping 81% higher, which will make it a lot harder for long-term investors to realize a decent return on their risky investment.

Aurora Cannabis, Cronos, and Aphria are spending heaps to expand operations abroad, but investors are expecting a majority of sales to come from their domestic market in the years ahead. Despite finishing September with a strong balance sheet, Aurora's sales haven't kept up with rapidly expanding operating expenses. That means investors can expect another value-diluting share offering if legal Canadian marijuana sales don't perform as well as they have in U.S. states that legalized adult-use sales years ago. 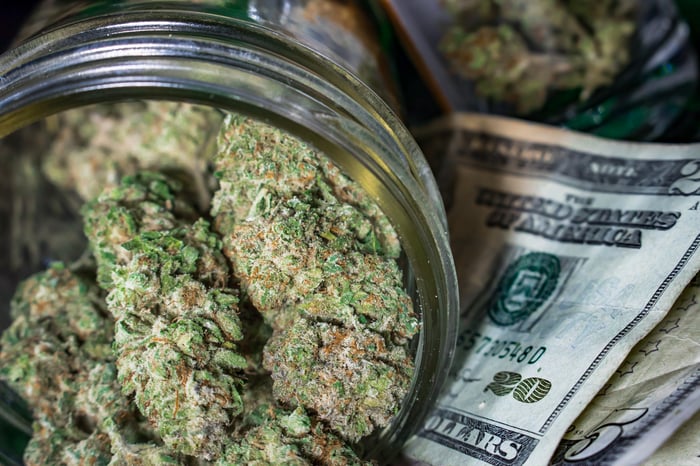 In the U.S., state governments don't set wholesale prices that producers can offer at dispensaries, but that's the plan in Canada. Centrally planned markets don't have a terrific track record, and these producers could have a hard time moving half the cannabis they'll be capable of growing in another year.

Many U.S. investors fail to appreciate just how freely Canada's illicit marijuana market is running these days. In 2017, just 18,637 of Canadians were charged with pot-related offenses, compared with 10,327 marijuana charges that hit Colorado courts in 2012. In other words, U.S. citizens in Colorado were four times more likely than Canadians to be charged with a marijuana-related crime during the year cannabis became legal in their respective homes.

Following the legalization of possession, Canadian authorities are even more hesitant to pour limited resources into chasing marijuana-related lawbreakers. Unfortunately for these producers, there could be a lot of them.

They call it "weed" for a reason

Aurora thinks its high-tech Aurora Sky facility can reduce the cash cost of producing cannabis to below CA$1 per gram next year. That could make it the lowest-cost producer in the country, but it's important to remember why it's called weed in the first place.

Experience, a spare room, and a couple thousand Canadian dollars' worth of readily available equipment are all a hobbyist needs to grow a few kilograms of top-quality cannabis annually. Unless Canada also raises its relatively cheap residential electricity rates, neighborhood entrepreneurs with spare time will be happy to undercut licensed dispensaries. 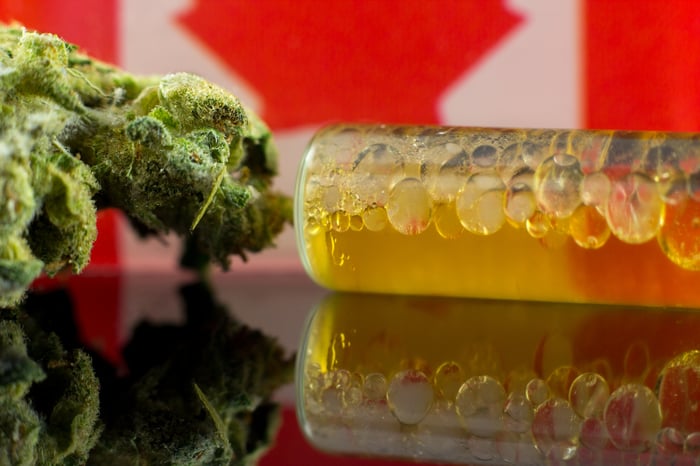 There's a chance that the Canadian government will effectively monitor real prices on the ground so licensed dispensaries -- and, in turn, these three producers -- have a fighting chance. Sadly, a look at the country's 17-year-old medical marijuana program does not inspire confidence.

In Canada, the number of medical patients didn't reach 200,000 until 2017, which worked out to around 0.5% of the population. For comparison, consider the state of Michigan, which legalized medical marijuana around seven years after Canada. At the end of fiscal 2016, around 2.2% of Michigan residents had their medical marijuana license, despite federal laws that say they're all criminals.

Aphria Inc. is the most reasonably priced stock among these three and it's still a $1.2 billion company that recorded just $34 million in sales over the past year. Aurora Cannabis has been trading at 51 times total revenue over the past year, and Cronos Group shares trade at a whopping 217 times trailing sales.

It's hard to imagine legal marijuana sales during Canada's first couple of years will outshine California's performance, but investors buying these stocks at recent prices will almost certainly suffer losses if that doesn't happen. That makes these stocks ones to avoid for now.