At the end of the third quarter of fiscal 2018, Calavo Growers' (NASDAQ:CVGW)  management affirmed in its earnings press release that the organization was on track for double-digit adjusted earnings per share (EPS) growth for the current year. Calavo made good on this goal when it released fourth-quarter results on Thursday, yet it limped to the finish line with a surprising quarterly loss.

Let's look first at the headline numbers, which were read in boldface by investors, as shares traded down as much as 16% during the trading session that followed the earnings release. Note that all comparative numbers are presented against the prior-year quarter (the fiscal fourth quarter of 2017). 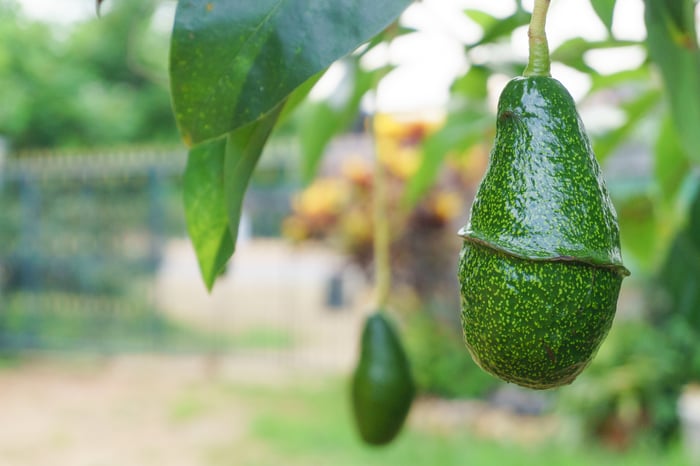 Despite the multiple setbacks endured by the company during this quarter, CEO Cole projected firm confidence in Calavo's growth prospects for fiscal 2019:

We continue to see long-term growth potential in each of our three business segments and Calavo remains in a strong position -- both operationally and financially -- to capitalize on this opportunity. To that end, the company expects top-line growth in each of its three business segments, which will put Calavo on a trajectory to deliver record revenues and double-digit growth in consolidated adjusted earnings per share this fiscal year. My optimism is enhanced by a strong start to the current year in our Fresh and Foods businesses, which is already apparent in the fiscal 2019 first quarter.

Aside from the general parameters outlined directly above, Calavo Growers typically refrains from providing detailed revenue and earnings guidance. In its earnings report, the company discussed a strong outlook for avocado industry demand in 2019. Thus, the basic driver of Calavo's earnings success (and share price ascension) in recent years remains in place.

However, Calavo Growers will need to provide investors with more clarity regarding FreshRealm, LLC, avoid execution mishaps, and demonstrate an improved ability to handle external headwinds if it's to remedy the sudden and unforeseen swoon of its stock.