Apple (NASDAQ:AAPL) has a penchant for bringing the development of key technologies and components in-house. The company has long developed its own applications processors (and, over time, it has migrated the development of key intellectual properties within those processors internally), and, more recently, it has begun to develop other technologies -- like power management chips -- in-house, too.

Recently, The Information reported that Apple is working on its own 5G-capable cellular modems, which would presumably be embedded in future iPhones and iPads. (The company could even decide at some point to endow its Mac computer line with cellular capabilities.) 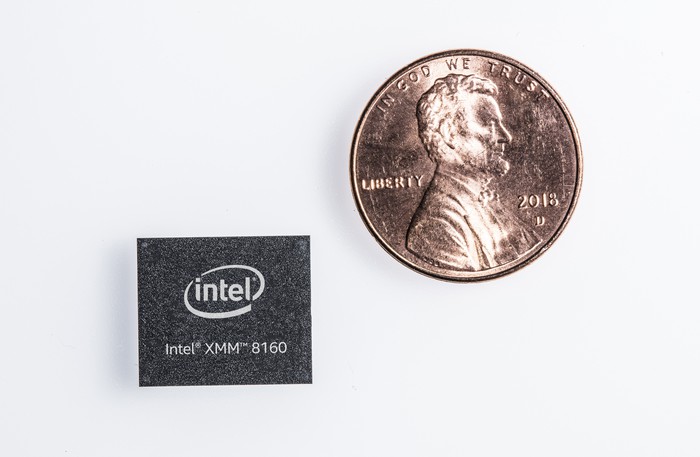 In a recent post on Apple 3.0, Philip Elmer-DeWitt highlighted a comment from Lei Ma, who asserted that bringing the development of cellular modem technology in-house would help Apple save money. Here was the conclusion of that argument:

With these numbers, Apple saves a minimum of $21 to $24 billion in 5G licensing costs alone over the commercial lifespan of 5G. This doesn't take into account the cost savings on manufacturing its own 5G modems and does not include other devices like iPad, iWatch, or other Apple IoT devices that have a 5G modem. Savings on 5G licensing costs can easily grow to $40 to $50 billion.

Here, I'd like to explain why this argument isn't convincing, and why if Apple is planning to deploy its own 5G modems, it likely won't be in a bid to save a few bucks.

The first problem with that argument is that it assumes that by building its own 5G modems, Apple would save money on licensing costs. If you're familiar with Qualcomm (NASDAQ:QCOM) -- a company that Apple is locked in an ugly legal battle with -- you'll know that a large portion of its revenue and most of its operating profit comes from the royalty checks that it collects whenever a company sells a 3G/4G-capable device.

Keep in mind that this royalty is independent of the chip inside -- Qualcomm is still entitled to payments on devices that aren't powered by its own modems. Sales of its own applications processors and modems are a separate business for the company, with revenues and profits that fall under the Qualcomm CDMA Technologies (QCT) segment.

So, even if Apple were to build a great 5G modem and endow each and every one of its cellular-capable devices with it, it would still have to pay licensing fees to Qualcomm.

Saving money on the modem?

Now, you might be thinking that Apple would be able to save money by building its own modems instead of buying them from Qualcomm or Intel (NASDAQ:INTC). (Intel is currently the sole supplier of the modems in Apple's latest iPhone XR, iPhone XS, and iPhone XS Max.)

Technically, from a cost of goods sold (COGS) perspective, that's true. Remember that when Apple buys modems from a third party, it's typically paying a price that not only incorporates the raw manufacturing costs of those modems, but they need to pay extra on top so that the modem vendor can generate a gross profit. If Apple were to build its own modems, it wouldn't need to pay the third-party chip designer's margins -- it'd only have to incur the raw manufacturing costs on the chip.

With that being said, from a cost perspective, it's still not a slam-dunk to bring development in-house. While Apple would save on COGS, it'd have to spend substantially on research and development -- not just to bring  one modem model to life, but to sustain a robust development pipeline that ensures the company can bring new, competitive modems into this world year-in and year-out. That's not cheap, and without sufficient scale, the financial proposition gets iffy. Even with the appropriate scale -- and Apple, which ships about 200 million iPhones per year, likely has it -- the potential savings probably aren't all that attractive.

I don't think Apple would build its own cellular modem if the endgame is to save a little bit of money on each iPhone. The R&D costs of building modems are only going to rise over time as the technologies become more complex. This is hard stuff, and Apple had better have a really good business justification for wanting to bring that technology in-house.

Maybe Apple wants to integrate the cellular baseband processors into its A-series applications processors over the long term -- having in-house modem technology would certainly be helpful for that. Or, perhaps, Apple simply wants to have more control over a critical technology, especially since some of its largest competitors in the smartphone market -- Samsung (NASDAQOTH: SSNLF) and Huawei -- build their own modem technology, too. (It's worth noting, however, that both companies rely on applications processors with embedded modems from Qualcomm (NASDAQ:QCOM) for certain smartphone models sold in some regions.)

Whatever the reason, I'm sure the main one doesn't involve trying to save a little bit of money.