By definition, if you're trying to beat the market, you need to develop a variant perception. To do this, you need to focus on situations or information that the consensus view is under-weighting or ignoring altogether.

In this week's column, we look at an under-the-radar opportunity to buy the shares of one of America's most highly respected companies, to get in early on Godiva's ride into the coffee business, and take advantage of Blue Apron's (NYSE:APRN) brutal fall into penny stock territory. 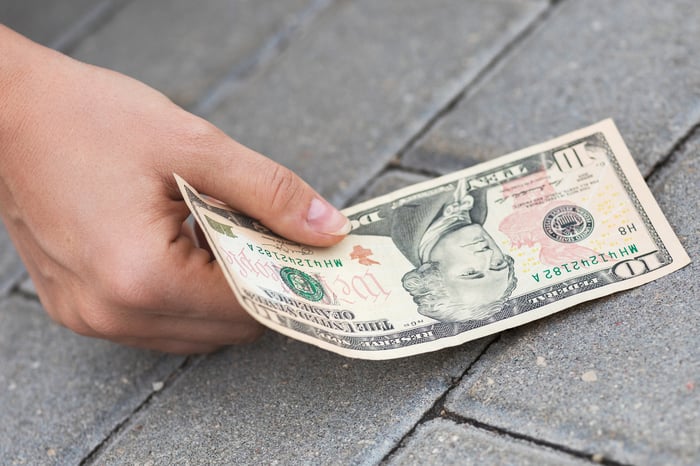 For my penance as a value investor, I follow Berkshire Hathaway (NYSE:BRK.A) (NYSE:BRK.B) and its chief executive/high priest, Warren Buffett, religiously, so perhaps it's not surprising that the following story appears underappreciated to me. In case I don't make myself clear below, let me state this upfront, in unequivocal terms: Berkshire shares are an attractive buy right now.

On Wednesday, Andrew Bary selected Berkshire as a Barron's Pick (subscription required), highlighting its defensive nature. Berkshire isn't immune to the volatility that has gripped the broad market in recent months, but lower stock prices create long-term opportunity for the candy-to-metal cutter conglomerate:

When the stock market is rocky, Berkshire Hathaway -- with more than $100 billion in cash and a master investor at the helm -- is an appealing play. Warren Buffett, the company's CEO, likes these periods of turmoil because they can provide a flush Berkshire with opportunities that don't arise in good times.

One possibility for that cash pile: Berkshire's own stock.

Berkshire bought back $928 million of stock in the third quarter, the first period of the company's more flexible repurchase guidelines that allow Buffett and the vice chairman, Charlie Munger, to buy back stock when it trades below their conservative estimate of the company's intrinsic value. Given the very limited buyback history, it's tough to guess, but investors would like to see a buyback of at least $1 billion during the quarter.

One Berkshire insider has already taken advantage of current prices. On Thursday, Vice Chairman of Insurance Operations Ajit Jain filed a form disclosing that he had purchased $19.9 million of class A shares at an average price equivalent to $197.67 for the class B shares (each class A share can be converted to 1,500 class B shares). Berkshire's class B stock closed at $192.10 on Friday.

Mr. Buffett has never spoken in anything other than the highest terms of Jain, telling shareholders in 2011: "I can't think of any decision he's ever made that I think I could have made better... He is as rational a thinker as Charlie [Munger] is, as anybody I've met." Little surprise, then, that Jain is thought to be one of two candidates who are most likely to succeed Buffett (the other is Berkshire Hathaway Energy head Greg Abel).

Notch up Jain's stock purchase in the "rational decision" column. As of Thursday's close, Berkshire's shares were valued at 1.27 times their book value (an accounting measure of a company's worth equal to assets minus liabilities). That figure is below the lower bound observed for the price-to-book multiple in the third quarter (1.30), according to data from Bloomberg; Berkshire Hathaway repurchased $928 million of its own shares during that period.

Put simply, investors can now buy Berkshire Hathaway shares at a better valuation than Warren Buffett was willing to pay just a few months ago. This is a wonderful gift the stock market is handing investors -- happy holidays!

On Monday, the Financial Times reported (subscription required) that Godiva is planning a big push into coffee. As part of its "5x" plan to increase revenue fivefold by the end of 2014, the Turkish-owned chocolatier will open 2,000 cafes worldwide over the same period:

The push into cafes by Godiva, founded in 1926, underlines the growing interest in coffee among consumer companies. Coca-Cola is buying the UK's Costa Coffee chain for GBP3.9 billion. Nestle paid $7.2 bn in May for the rights to sell Starbucks coffee outside its cafes. JAB, the Luxembourg-based investment group, has bought several coffee assets.

(Godiva's chief executive, Annie Young-Scrivner, joined Godiva from Starbucks, where she served as chief marketing officer and, most recently, as president of Starbucks Canada.)

The "black gold" rush is on, with announced coffee-related mergers and acquisitions, joint ventures, and investments totaling $23.8 billion year to date (through Dec. 20), according to data from Bloomberg -- more than the aggregate value over the prior three years.

Global coffee consumption rose at an annualized rate of only 1.6% over the four-year period through September 2017 -- lower than the rise of global GDP -- so such animal spirits can only be justified if:

While the first point cannot be true for all participants, the second point appears to be verified: As the National Coffee Association USA concluded in its National Coffee Drinking Trends 2017 Report, "the latest data shows a market shift toward high-quality, premium beverages, with younger demographics driving this change." I suspect the same is true worldwide.

If you've read Capital Returns: Investing Through the Capital Cycle (and if you haven't, I strongly recommend you do so), you know that the time to invest in a sector is not when there is a glut of capital chasing growth and/or profits, but rather when capital is retreating from the sector (and valuations become more attractive).

Perhaps Starbucks, the 800-pound gorilla of coffee chains, was ahead of the curve when it announced in June that it would close 150 underperforming locations, three times the number it has shuttered annually in recent years. 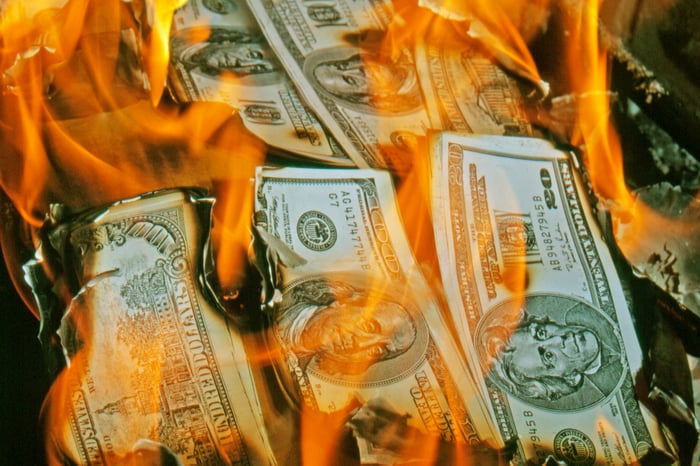 Pulling back the Blue Apron

Barron's noted (subscription required) that shares of meal delivery service Blue Apron (NYSE:APRN) acquired the dubious designation of penny stock on Tuesday, closing at $0.90, down 91% from the $10 price at which it came public in June 2017.

The subscription business model, which locks customers into recurring payments, can produce attractive economics, but it doesn't guarantee them. The success of the model turns largely on two factors: the average cost of acquiring each customer and the rate at which customers turn over ("churn").

Incredibly, neither Blue Apron's initial public offering document nor its most recent annual report discuss its customer acquisition cost or its churn -- already a red flag. However, Dan McCarthy, a professor of marketing at Emory University's Goizueta School of Business and an expert at applying statistical techniques to marketing problems, took up the challenge around the time of the IPO. His analysis, which he published in a LinkedIn post, ought to have been -- and remains -- a huge red flag for investors:

I estimate that 72% of customers will churn by the time they are six months old. Because Blue Apron cannot retain customers for extended periods of time... The revenue that Blue Apron is generating from more recently acquired customers is less than from customers acquired in the past...

[T]his customer-based analysis spells trouble for Blue Apron, with important measures of customer health in decline. Amazon's recent acquisition of Whole Foods is likely to make it even more difficult to keep those Blue Apron subscribers coming back.

More broadly, Barron's sees Blue Apron's fate as a cautionary tale for would-be investors in the group of high-profile unicorns that are expected to join the public markets next year (including Airbnb, Lyft, and Uber).

The biggest takeaway for IPO-minded investors might be a simple reminder that private valuations are far from a sure indicator of what the public markets might bear. In Blue Apron's last private round, it was valued at about $2 billion. The company is worth less than a 10th of that now.

Strong brand recognition and massive markets are great, but don't let those distract you from the unit economics of the business, which need to make sense if you are to share a long and profitable ride with a company as a shareholder.