It's in times of turmoil that you should differentiate the most between what's temporary and what's not. This statement applies to several areas of life -- but it's definitely relevant to investing.

We're in one of those times of turmoil in the stock market right now. The year-to-date gains for the major market indices have been wiped out. Unless something changes over the next few days, the market is on course for its worst December since the Great Depression.

But now is exactly when you should look for the kinds of stocks that won't merely be temporary additions to your portfolio. Now is the time to look for great stocks that you can buy and hold forever. Three such stocks are Alphabet (NASDAQ:GOOG) (NASDAQ:GOOGL), Walt Disney (NYSE:DIS), and Intuitive Surgical (NASDAQ:ISRG). 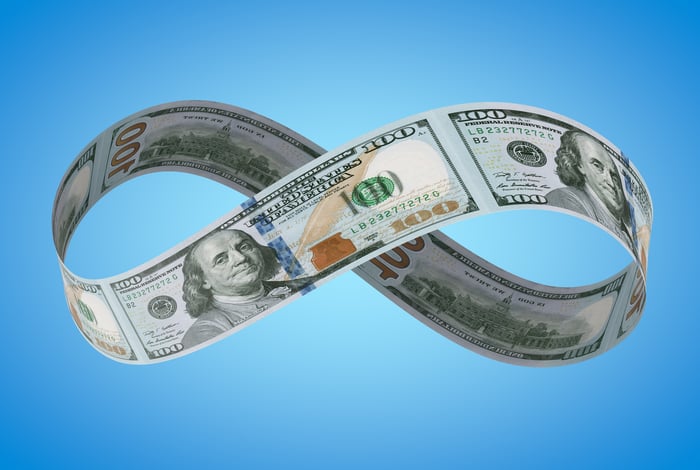 Alphabet is essentially a collection of companies, the most prominent of which is Google. Co-founder Larry Page said that one reason he and Sergey Brin liked the name Alphabet was that it referenced alpha -- which for investors is a return that beats a benchmark -- and a bet. When Brin and Page founded Google, they told investors to expect "smaller bets in areas that might seem very speculative or even strange when compared to our current businesses."

This commitment to placing these small bets on ideas that hold the potential to generate tremendous returns makes Alphabet a stock to buy and hold forever. The world won't stop changing. Companies that survive and thrive will be the ones that continually explore new ideas. That's exactly what Alphabet does.

Yes, most of the company's revenue comes from advertising generated on Google Search, YouTube, GMail, and other apps and sites. But Alphabet has also built other major businesses, including its Google cloud services platform and Nest smart-home technology products.

One analyst predicts that Alphabet's Waymo self-driving car subsidiary will account for around $114 billion in annual sales by 2030. That's more than Alphabet's total revenue in 2017. Even if Waymo doesn't reach that target, Alphabet appears to be a smart bet for investors looking for returns that beat the market over the long run.

In a way, Disney is a bet that one idea will keep paying off for years to come. And that one idea is that people love to be entertained.

Disney has done a great job of entertaining people across the world for 95 years. The company's media networks, parks, resorts, studios, and consumer products entertain millions today on a daily basis.

The real magic of Disney is the company's ability to monetize one asset in multiple ways. For example, a character in a movie produced by Walt Disney Studios can show up in the company's parks and resorts as well as on an assortment of consumer products from clothing and toys to video games.

In the world of entertainment, content is king. And Disney is loaded with content. The company claims a massive library of TV shows and movies. It also has enduring franchises like Marvel and Star Wars that should generate plenty of new hits. In addition, Disney has the new streaming services ESPN+ and Disney+ (with the latter scheduled to launch in late 2019) that give the company even more ways to monetize its content. Disney's magic should reward shareholders for at least another 95 years.

Intuitive Surgical ranks as one of the best-performing healthcare stocks of the 21st century so far. The stock should continue to perform very well for decades to come for two simple reasons.

Intuitive Surgical has established a strong track record for safety and clinical outcomes that demonstrates value for its robotic surgical systems. As the company continues to innovate, its technology will become even safer and more cost-effective than non-robot-assisted surgery. Innovation also should pave the way for significant growth for Intuitive Surgical as additional types of procedures can be performed using da Vinci.

There's a word that hasn't been used so far that's probably the greatest common denominator for Alphabet, Disney, and Intuitive Surgical. That word is "moat." All three of these stocks enjoy a strong moat that gives them an enduring competitive advantage.

One big moat for Alphabet is its access to arguably more data than any other company. That data gives Alphabet the fuel for coming up with new ideas and turning them into profitable businesses. Disney's moat is its brand and huge arsenal of creative properties. Intuitive Surgical's moat includes its large install base of customers with an incentive to maximize their investment and the company's safety record that no new rival will be able to match.

Alphabet, Disney, and Intuitive Surgical are great companies. They're great stocks. And they should continue to be great stocks to buy and hold because of their great moats.