It's been a busy year for Netflix (NASDAQ:NFLX).

The company recently topped 137 million subscribers worldwide, achieving year-over-year growth of more than 25%. This performance led to revenue that increased 34% over the prior-year quarter to $4 billion.

It wasn't just subscriber and financial metrics that gave the company bragging rights. The company celebrated its first feature-length Oscar win, took a long-running crown from HBO, and added to an ever-growing list of content creators that joined the fold. Netflix itself entered the popular lexicon, as "Netflix and chill" became a popular catch phrase.

Now, the company has another accolade to add to the list. 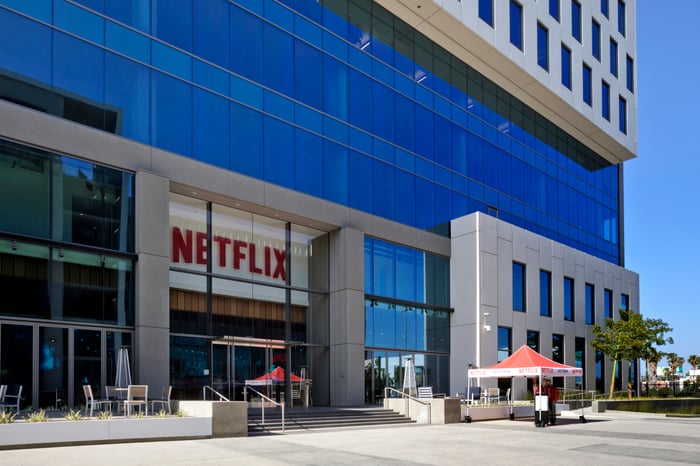 Entertainer of the Year

The Associated Press (AP) announced this week that Netflix had been named its Entertainer of the Year, as voted by members of the news cooperative. Netflix beat out a host of other candidates, a veritable Who's Who in the industry. The list included Donald Glover, Ariana Grande, Bradley Cooper, and Michelle Obama, among others. The list of previous winners is equally impressive, with top-flight entertainers such as Lin-Manuel Miranda, Adele, Taylor Swift, Jennifer Lawrence, Lady Gaga, Tina Fey, and Betty White.

"There's been so much amazing entertainment this year, and we're proud of the part we've played and humbled by this recognition from the AP," said Ted Sarandos, Netflix's chief content officer, after being notified of the honor. "We are thrilled to be working with the best creators who have helped us to entertain the world with shows, films, and specials from Hollywood, Mumbai, Madrid, Seoul, Berlin, and everywhere in between."

A look back at some of the highlights for Netflix during the past year provides insight into the news organization's decision.

Netflix briefly overtook Disney as the world's most valuable media company, the result of the ongoing shift in the media landscape. It was "a sign of how a maverick company could disrupt the order," the AP said in its press release.

Another notable achievement this year came at the expense of AT&T's HBO. After 18 successive years with the most Emmy nominations, HBO lost the crown to Netflix, with 112 nods to HBO's 108. When the winners were announced, the streaming company tied HBO for the most statues with 23, marking the first time a streaming service topped the list. The AP noted that Netflix also recently ruled the nominations for the 2019 Screen Actors Guild Awards with 15 nods, almost double the amount of any other network.

Netflix achieved its first Oscar for a feature-film earlier this year, taking the prize for Best Documentary Feature for Icarus, which chronicled an investigation into widespread doping among cyclists. The company took home its first Oscar for a short documentary last year for The White Helmets, which followed volunteer rescue workers in Syria.

The company had an impact in other ways this year, having poached some of the highest-profile names in Hollywood to create original programming for its subscribers. Netflix lured "superstar show runners Shonda Rhimes, Kenya Barris, and Ryan Murphy -- not to mention Barack and Michelle Obama," according to the AP. Having a stable of successful creators will help attract new members and increase the likelihood of hit shows, while also allowing Netflix to control the cost and owning the programs once they're created. 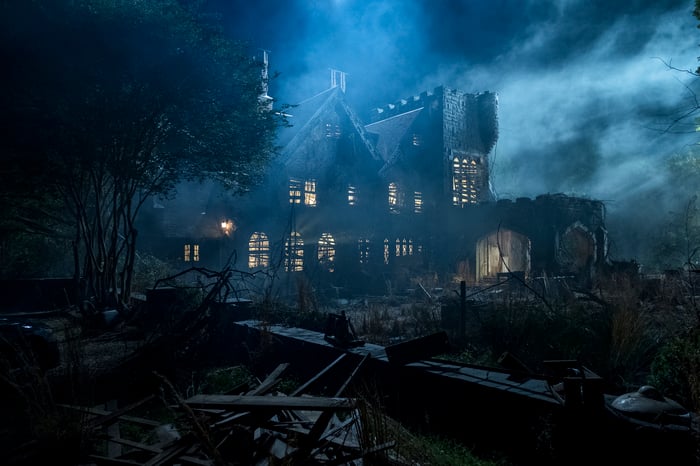 The Haunting of Hill House was a hit for Netflix. Image source: Netflix.

The AP also noted the run of Netflix programs that were part of pop culture this year. The Kissing Booth, To All The Boys I've Loved Before, The Haunting of Hill House, GLOW, and The Great British Baking Show were among the titles cited.

Coming off a blockbuster year, Netflix has plenty in store for the coming year. Martin Scorsese and Michael Bay are working on projects for the streaming giant, on the heels of recent launches such as Roma from Academy Award winner Alfonso Cuaron, and The Ballad of Buster Scruggs by the Cohen Brothers -- both of which are getting Oscar buzz.

Financial growth is expected to continue unabated as well. Analysts' consensus estimates are just short of $20 billion, up 25% from this year's anticipated results. Earnings per share are expected to grow by over 56% to $4.17.

It's been a banner year for Netflix on a number of fronts, and being chosen by the AP as Entertainer of the Year is the icing on the cakes. I expect the company's success to continue into the coming year.