Alibaba (NYSE:BABA) has reported more than 50% year-over-year revenue growth for each quarter in the past two years. For the past quarter, Alibaba reported 54% revenue growth. This was especially impressive considering the report came during a dip in the Chinese economy.

This type of expansion is hard to maintain over the long term, but Alibaba is always thinking ahead. In the company's last earnings conference call, management outlined how Alibaba plans to maintain this revenue growth. The organization believes its active user base and its updated China e-commerce platform are the two keys to maintaining high revenue growth. 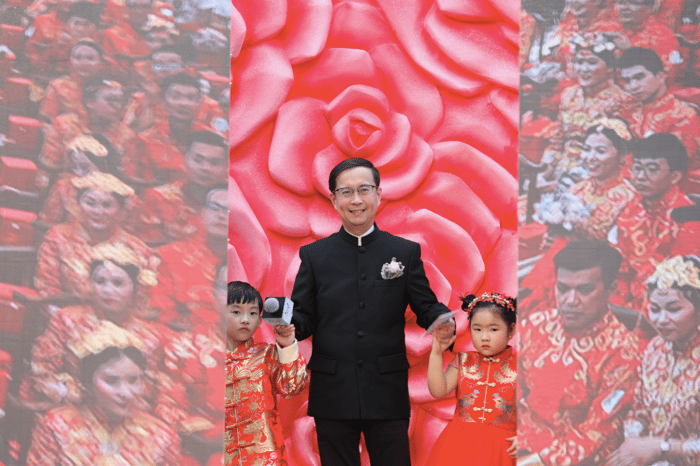 Although Alibaba is mainly thought of as a retail company, its Chinese e-commerce business Taobao Marketplace has also become a thriving social platform. And thanks to some recent updates driven by artificial intelligence (AI), Taobao just celebrated its third straight quarter of strong growth in gross merchandise volume (GMV), according to Alibaba's last financial report.

With the Taobao app, users can share product reviews, watch webisodes, and live-stream cooking or makeup tutorials. This content works to Alibaba's advantage because it keeps users engaged longer. And the more time users spend on the app, the more money they spend on the marketplace, according to Alibaba.

Alibaba's annual active users increased by 25 million to 601 million in the trailing twelve months ended Sept. 30. And its monthly mobile app users increased by 32% versus the sequential quarter to 32 million users. Furthermore, over 45% of China's population discovers and purchases products through the Taobao app. Alibaba says it owes the success of the app to the engaging content that continues to draw in new users, while also increasing engagement from existing users.

The second key for Alibaba's future growth is the new Taobao interface that transforms like a chameleon depending on what the consumer needs. For example, this quarter, over 75% of Alibaba's new consumers were from less developed areas. This group of shoppers needs a simpler app that emphasizes good deals on products. On the other hand, Taobao's power users need a more advanced version of the app that gives more customized recommendations.

The app determines which interface to present to a user based on its consumer insights, driven by AI. If any company could make this work, it's Alibaba. The company boasts the largest trove of e-commerce data for products, content, and consumer insights.

Taobao's new interface is also better for merchants, who can now use Alibaba's consumer data to suggest their products to their target audience through the platform's Recommendation Feeds feature. This enables a merchant to sell to people who didn't know they needed or wanted a particular product -- until Alibaba recommended it to them based on their shopping habits.

In the last year, Alibaba has been saying that it wants to leverage its user data for more projects. And making the Taobao platform a better experience for its diverse audience of shoppers appears to be top of the list. This makes sense considering Taobao remains the biggest e-commerce platform in China and is Alibaba's main revenue source.

Alibab observes that engagement is up on Taobao for those shoppers who have switched to the new interface. Even if they aren't coming to the app to purchase anything, they still enjoy spending more time there just to browse the curated Recommendation feeds.

And as long as customers keep doing that, the company's GMV should naturally increase, Alibaba CEO Daniel Zhang said on the last earnings call. So for the next leg of Alibaba's growth, we can expect to see the company making further improvements to its shopping platforms to increase user engagement and provide more tailored product recommendations.

In other words, it seems a light bulb has gone off for Alibaba as it realizes the deep connection between user engagement and GMV. That's an idea it can explore for years to come, and it may help it continue to post revenue growth above 50%.