As the market continued to fall, see what had shares of Facebook and Campbell Soup on the move.

On Sunday, Mnuchin issued a statement indicating he called the CEOs of six of the country's largest banks, who assured him each of the financial institutions have "ample liquidity available for lending."

Oil stocks once again set the pace for today's losers on concerns of weak demand and a glut in supply, causing the SPDR S&P Oil & Gas Exploration & Production ETF (XOP 2.91%) to fall 4.9%. But retail stocks managed to largely buck the negative trend as consumers wrapped up a record holiday-shopping season; after spending much of the session in the green, the SPDR S&P Retail ETF (XRT 2.21%) just edged into negative territory to close down 0.4%.

As for individual stocks, Campbell Soup (CPB -0.75%) went cold today, and Facebook (FB 1.29%) temporarily rebounded from its 52-week low. Read on to learn why. 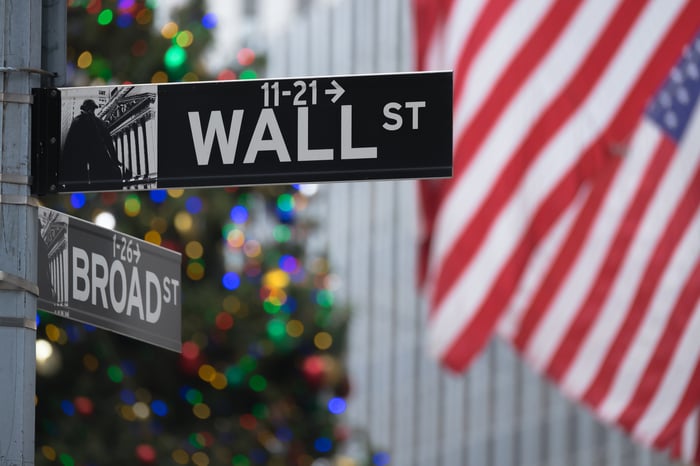 Campbell Soup stock dropped 6.5% after Reuters reported Kraft Heinz and Mondelez International are among the short list of participants in the second round of the auction for Campbell's international business.

Based on first-round bids collected so far, Reuters says bidding for the soup giant's overseas operation should ultimately approach $3 billion when it concludes in early 2019. Coupled with the previously announced divestiture of Campbell's "Fresh" division, the move will allow Campbell to focus on bolstering sales from its core North American soup, snacks, and beverages businesses.

Under pressure to boost profitability and resume sustained, profitable growth, however, Campbell Soup still has plenty of work ahead to convince investors its stock is worthy of a place in their portfolios.

Facebook climbed as much as 3.8% early in the session, but then gave up its gains to close down 0.7% as the market sell-off accelerated, after the social-media titan suspended five accounts for spreading misinformation around last year's special election in Alabama. Most notable, however, is that among those accounts was Jonathan Morgan, CEO of social-media research company New Knowledge.

The news comes shortly after Morgan told The Washington Post he had tested "misleading online tactics" during the election -- albeit not to affect its outcome, but rather to better understand their impact.

But in a statement today, Facebook insisted it must "take a strong stand against people or organizations that create networks of accounts to mislead others about who they are or what they're doing." The company also noted it has already removed thousands of accounts for similar behaviors during the election.

It likely helps that Facebook stock touched a fresh 52-week low on Friday on sustained worries over its privacy practices and decelerating growth. Shares might rebound as the company continues taking steps to solidify the public's trust in its platform.