Shares of Silicon Valley automaker Tesla (NASDAQ:TSLA) fell sharply on Monday, after the company said that it will cut prices in China and make up missed tax breaks for U.S. customers whose orders ship after the end of 2018. 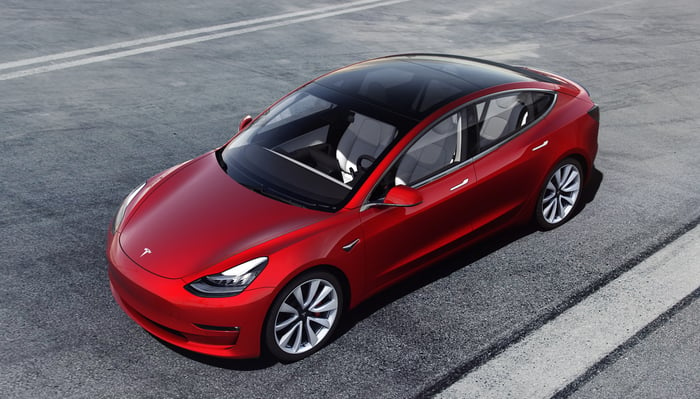 Tesla investors have two new reasons to believe that the company's profit margin could soon come under pressure.

First, Tesla has apparently cut its prices in China. Reuters reported that, according to Tesla's Chinese-language website, prices of certain versions of the company's compact Model 3 sedan in China have been reduced by as much as 7.6%. The starting price for a Model 3 in China is now 499,000 yuan, or about $72,000. (The Model 3 starts at $46,000 in the United States.)

The move follows cuts to the Chinese-market prices of Tesla's larger models, the Model S sedan and Model X SUV, in November.

Second, as you can see, CEO Elon Musk said via Twitter on Saturday that if Tesla fails to deliver a promised car by the end of 2018, the company will reimburse the customer for a lost tax credit. U.S. Tesla customers who take delivery by the end of the year are eligible for a $7,500 federal tax credit; that credit will fall to $3,500 as of Jan. 1, 2019.

Tesla has been trading at a very lofty valuation for months. If pressure on large-cap tech stocks continues to build, the company's share price could come under additional selling pressure, no matter how well it executes in the fourth quarter.