Shares of Facebook (NASDAQ:FB) jumped today, closing up 8%, after Citron Research released a bullish research report. Citron considers the beleaguered social networking giant its "2019 S&P Stock of the Year," while assigning a price target of $160.

$FB Backing up the sleigh. $160 tgt. Citron presents the only information that counts on $FB looking past the rhetoric. Would you rather have your kids addicted to Nicotine or Instagram? Wall St answer will amaze you https://t.co/P8aPyAesJB

Citron says that while Facebook has had a brutal year in terms of scandals, there has been "little impact" on user metrics or advertising revenue. (However, it's worth noting that Facebook has warned investors that expense growth will outpace revenue growth next year, pinching margins.) Facebook is now trading at a discount to the S&P 500, at least when measured by its enterprise value-to-EBITDA multiple. That's despite Facebook "growing faster than 95%" of the index with stronger margins than 90% of S&P constituents, according to Citron. 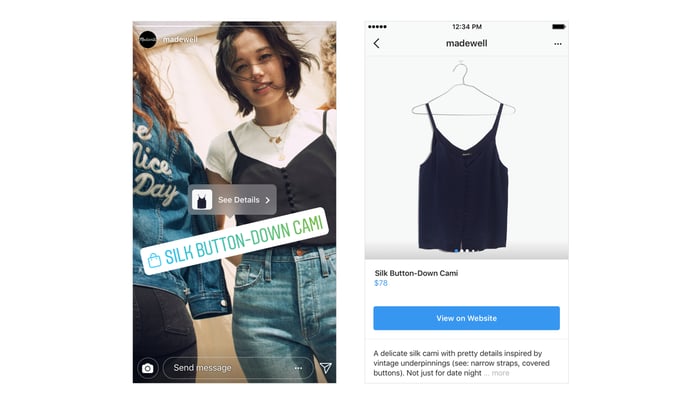 Facebook is attempting to overcome its controversies by investing in its platform, but the negative perceptions of the company have created "an epic buying opportunity."

Instagram e-commerce is also a significant opportunity, in Citron's view, as consumers continue to shift purchasing behavior to the platform, which is why the subsidiary is reportedly building a stand-alone shopping app. Facebook's ad targeting is so effective that it is "borderline scary," but that's good news for the business.

Facebook has made its fair share of mistakes in recent years, but Citron does not consider the company to be evil or un-investible. Citron believes all of the privacy scandals are merely "short-term noise" and "propaganda," and recommends that investors pick up shares for Facebook's earnings power. Investors should also always remember that Citron typically front runs its own recommendations, with the perennial disclaimer that "principals of Citron Research most always hold a position in any of the securities profiled on the site."