While Facebook (NASDAQ:FB) has been backing off its unbundling strategy, that practice seems alive and well at its subsidiary Instagram. For example, the popular photo- and video-sharing service launched a stand-alone app for IGTV, the new long-form video part of the service that was introduced over the summer. Instagram also recently launched Direct, a separate messaging app. Meanwhile, Instagram has been slowly putting together the necessary pieces of an e-commerce platform, including partnerships with third-party e-commerce platforms, testing ways for users to buy items they might see in a post, and allowing users to shop in Instagram Stories. 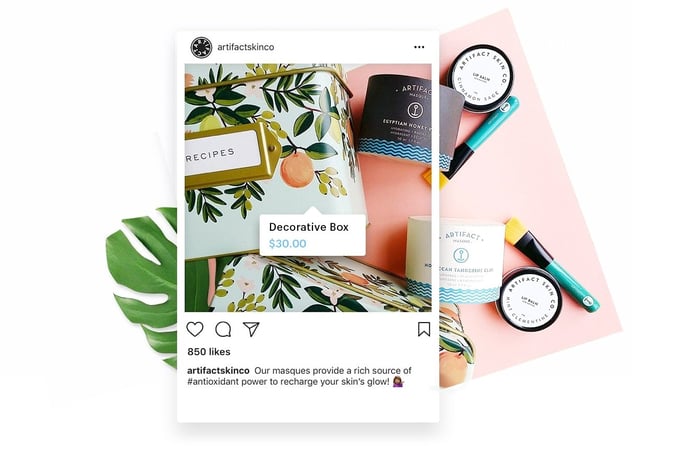 An IG Shopping app is in the works

The Verge reports that Facebook is currently developing a stand-alone app that will be all about shopping. The app is expected to be called IG Shopping, and users will be able to peruse products from any merchants they follow on Instagram. All transactions would be processed directly in the app, presumably with the help of the aforementioned third-party e-commerce platforms (Shopify and BigCommerce). It's not clear when the app will launch, and Facebook could still pull the plug, according to the report.

Even though Instagram recently partnered with third-party e-commerce platforms, one of The Verge's sources suggested that Facebook could potentially cut those platforms out of the loop later on as it builds e-commerce tools on its own.

Instagram is still relatively smaller than Facebook, underscoring just how much opportunity lies ahead. On the July earnings call, COO Sheryl Sandberg noted that there are 25 million Instagram business profiles, of which 2 million are advertisers. Her subsequent comments made it crystal clear what comes next:

I think Instagram is definitely both a direct response opportunity but an opportunity for discovery. Part of it's the format. The format is so visually appealing and people are telling stories with pictures so we see both anecdotally and in the data that this is a great place for people to become aware of a product in the first place. And we see a lot of small businesses really able to do things on the platform.

Additionally, you might recall that former American Express CEO Ken Chenault's "direct commerce" experience was one of the reasons Mark Zuckerberg recruited Chenault to Facebook's board of directors in January. The Facebook core platform has about three times as many business profiles and advertisers compared to Instagram: 80 million small businesses that maintain Facebook Pages, of which 6 million are advertisers, Sandberg said in April.

With the rate at which Instagram is growing users -- recently hitting 1 billion monthly active users -- Instagram should have little trouble following in Facebook's footsteps, growing its ranks of business profiles and advertisers that will soon start selling their wares on the platform.