Shares of Aphria (NASDAQ:APHA) soared 10.9% higher as of 10:09 a.m. EST on Friday. U.S.-based marijuana producer Green Growth Brands (GGB) announced after the market close on Thursday that it is attempting a hostile takeover of Aphria in an all-stock transaction. Green Growth stated that the proposed deal would value Aphria at $11 Canadian per share ($8.08), which represented a 46% premium over Aphria's closing price on Dec. 24.

Aphria issued a statement before the market opened on Friday rejecting the current offer from Green Growth. Irwin Simon, chairman of the board for Aphria, said: "While we appreciate GGB's interest in the value we have created at Aphria and our significant growth prospects, their proposal falls short of rewarding our shareholders for participating in such a transaction. Further, the proposed offer is quite risky given GGB’s condition to complete a brokered financing at a price that is more than double the recent average of their share price, as a key term to the proposal." 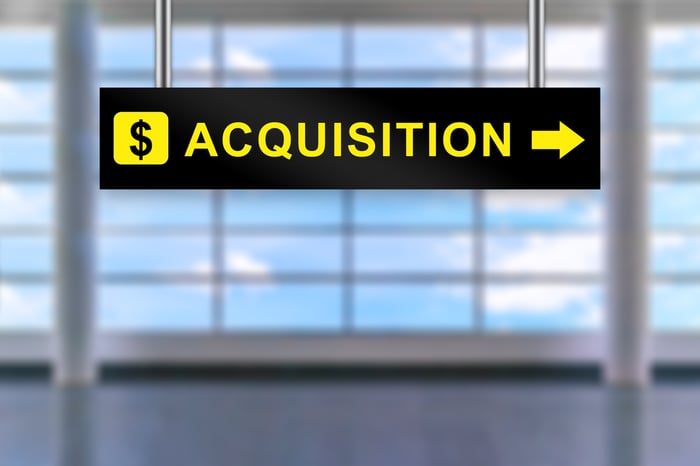 Green Growth's offer highlights the fact that Aphria stock has been beaten down more than is warranted after short-sellers alleged the company overpaid for international businesses in deals that lined the pockets of key insiders. Today's jump enabled Aphria's share price to climb back to a little higher than where it was before the short-seller allegations went public.

However, there are quite a few negatives associated with Green Growth's hostile takeover attempt. Most important, Aphria's response that Green Growth's offer significantly undervalues the company is correct.

Aphria has significantly greater production capacity, for example, than Cronos Group. Tobacco giant Altria is paying around $1.8 billion for a 45% stake in Cronos. This deal values Cronos at roughly $4 billion. Aphria could make a strong case that it's worth even more than that.

Green Growth said that intends to conduct a brokered financing deal that will value its stock at CA$7 per share. But its shares currently trade at close to CA$5. It's doubtful that the company will get anywhere close to the price it says it will.

Another huge fly in the ointment is that Green Growth operates in the U.S. Aphria is listed on the Toronto Stock Exchange (TSX) and the New York Stock Exchange (NYSE), neither of which allows cannabis producers to have U.S. operations while marijuana remains illegal at the federal level in the U.S. If the proposed deal went through, Aphria would probably have to de-list from the TSX and the NYSE and list on the smaller Canadian Securities Exchange (where Green Growth is listed) -- moves that would reflect a major step back for the company.

It's highly unlikely that Green Growth will succeed in a hostile takeover of Aphria under the current terms. But it's possible that Green Growth will come back with a more attractive offer. Meanwhile, Aphria said that its board has "established an independent committee of directors to consider this proposal and any formal offer received."

Another special committee consisting of independent directors is also reviewing Aphria's Latin American acquisitions that came under fire from short-sellers. Investors will want to be on the lookout for the results from this review, as they could be important in clearing the way for Aphria's share price to rebound further.