Please ensure Javascript is enabled for purposes of website accessibility
Log In Help Join The Motley Fool
Free Article Join Over 1 Million Premium Members And Get More In-Depth Stock Guidance and Research
By Keith Speights - Dec 9, 2018 at 9:07AM

Concerning allegations contributed to the marijuana stock's fall. But could Aphria now be a bargain?

You've probably heard Warren Buffett's statement to "be fearful when others are greedy and be greedy when others are fearful" more times than you can count. I suspect that Buffett's advice might be entering the minds of some investors yet again following the spectacular plunge for Aphria (APHA) stock recently.

The Canadian marijuana stock has lost nearly 60% of its value in less than one month. It's fair to say that there are many who are fearful about Aphria. So is now the time to get a little greedy with the beaten-down stock? If you're thinking about buying Aphria, here's what you need to know. 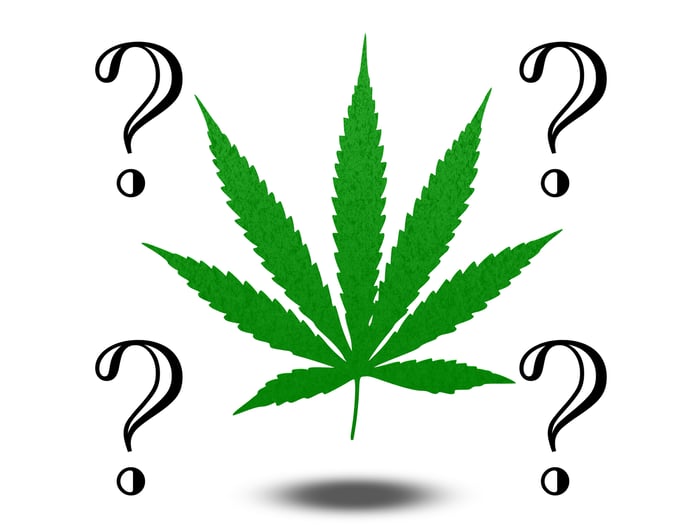 There were three primary factors behind Aphria's big decline over the last few weeks. One was the broader market pullback that weighed on most stocks. Another was the sell-off in Canadian marijuana stocks after the country's legal recreational marijuana market opened on Oct. 17, 2018. The third factor, though, is the one that's the most worrisome: allegations from a short-seller that Aphria insiders profited from the company acquiring international businesses at highly inflated prices.

In September, Aphria acquired LATAM Holdings from SOL Global Investments (formerly Scythian Biosciences). The deal included stakes in three businesses -- Colombia-based Colcanna, Argentina-based ABP, and Jamaica-based Marigold -- and first right of refusal to acquire an interest in a Brazilian entity. This transaction was funded by assuming $1 million of LATAM's debt and the issuance of more than 15.6 million shares of Aphria stock.

But hedge fund Quintessential Capital Management and forensic analysis firm Hindenburg Research issued a report last week that alleged the price tag for these operations was much higher than it should have been. Actually, the report stated that these were "virtually worthless corporate entities." Aphria stock tanked after the allegations were made public.

Aphria disputes these allegations. The company issued a press release that stated it viewed the short-sellers' report as "a malicious and self-serving attempt to profit by manipulating Aphria's stock price at the expense of Aphria's shareholders." As for the price paid for LATAM Holdings, Aphria maintained that its board of directors received advice from an outside company that confirmed that the cost of the transaction was fair to the company and its shareholders.

For investors considering buying Aphria stock now, there's another perspective. The stock issued to fund the LATAM Holdings transaction diluted existing Aphria shares by between 6% and 7%. The big stock decline caused by the short-sellers' allegations is much larger than the cost of the disputed deal.

But what about the accusations that Aphria insiders profited from the acquisition? Aphria noted that in its press release announcing the LATAM Holdings deal, it disclosed that "certain insiders of Aphria owned a de minimis amount of shares and warrants" in SOL Global Investments. The company added that these individuals informed Aphria's board of directors about their positions and recused themselves from deliberations about the transaction.

The individuals in question were Aphria CEO Vic Neufeld, co-chairmen and founders Cole Cacciavillani and John Cervini, and outside board member Renah Persofsky. These individuals combined owned around 2.1% of SOL Global Holdings, at the time known as Scythian Biosciences.

How concerning should this be? It's important to know that this is the second time that Aphria has made an acquisition when insiders owned a stake in the selling party. The company came under fire earlier in 2018 because the disclosure of insider holdings in Nuuvera was only revealed as the deal was being closed.

On the other hand, Aphria did disclose insider holdings in both the Nuuvera and LATAM transactions. At least in the case of the LATAM acquisition, Aphria insiders didn't make a ton of money from the deal -- especially considering the value of their Aphria shares was diluted as a result of the purchase.

The integrity of the leadership of a company absolutely matters. Another Warren Buffett saying comes to mind: "You see a cockroach in your kitchen; as the days go by, you meet his relatives." Buffett's reference was to management problems at a company in which he had invested several years ago.

Whether or not there are more "cockroaches" to emerge with Aphria remains to be seen. It's entirely possible -- and certainly plausible -- that the short-sellers have made more out of the issues with the LATAM acquisition than is warranted.

Another thing that really matters, though, is the realistic prospects for Aphria over the long run. Those continue to look pretty good. Aphria appears to be in a good position to capitalize on growth in the global marijuana markets.

Is Aphria a bargain now because of its recent woes? Perhaps so. But cautious investors might want to hold off on buying shares to make sure there are no further controversies.