Please ensure Javascript is enabled for purposes of website accessibility
Log In Help Join The Motley Fool
Free Article Join Over 1 Million Premium Members And Get More In-Depth Stock Guidance and Research
By Cory Renauer – Aug 15, 2020 at 6:44AM

A turnaround for these struggling pot producers could lead to huge returns.

The coronavirus-pandemic has fueled more positive interest in healthcare stocks than the sector's used to, but it hasn't lifted all boats. Following a lousy year in 2019, many marijuana stocks saw their value pushed even lower in 2020.

The pressure's been so intense that these two cannabis stocks are currently trading for less than their recently reported book values.

Oversupply issues should make anyone nervous about the future for these Canadian cannabis producers. If you don't mind accepting a great deal of risk, though, their valuations are so low right now that signs of a turnaround could yield huge gains. 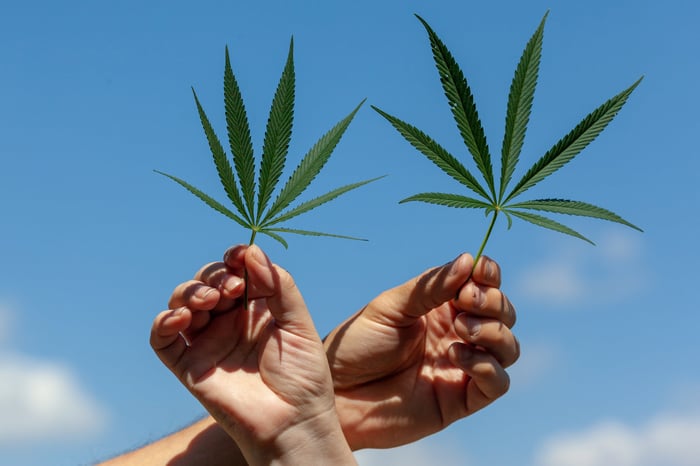 Like many of its peers, Aphria's operations grew much faster over the past few years than the demand for licensed cannabis products. As a result, the company isn't making ends meet.

During the fiscal year ended May 31, 2020, Aphria reported gross profits that reached CAD$134 million before adjustments for cannabis in production. Sales, general, and administration expenses alone reached CAD$142 million over the same period.

Aphria has also been recording writedowns related to ill-advised acquisitions. For example, the company used around CAD$300 million of its own shares to acquire Latin American assets in 2018 that are currently valued at just CAD$87.2 million. At the end of May, the company still had goodwill and intangible assets worth a combined CAD$981 million on its balance sheet from acquisitions that include Nuuvera and Broken Coast.

Aphria finished May with $497 million in cash after losing $85 million during fiscal 2020, and it looks like the company will continue chewing on its cash cushion for the foreseeable future. Across Canada, monthly adult-use sales during Aphria's fiscal fourth quarter were 20% higher than the previous three-month period, but it doesn't look like Canadians quarantined at home were ordering from Aphria. The company sold products weighing 12,557 kilograms in its fiscal fourth quarter, which was 10% less than during the previous three-month period.

Shares of this cannabis producer have tumbled 56% in 2020, driving the company's market value to less than half of its book value. Like Aphria, Aurora Cannabis spent lavishly to increase production space for exploding demand that never materialized. Instead, the company has been shuttering facilities and reducing its headcount in a desperate effort to make ends meet. 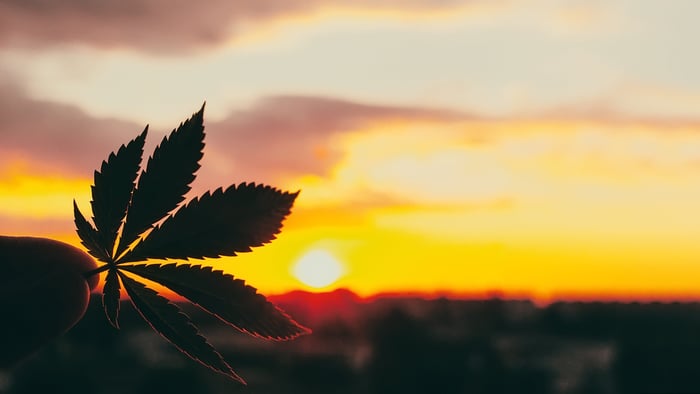 In early 2019, the company was on track to produce more than 500,000 kilograms annually by the middle of 2020. The number of kilograms sold during the three months ended March 31, 2020 climbed 39% compared to the previous-year period. At an annualized rate of around 51,000 kilograms, though, it's clear that Aurora needed to trim its staff.

Aurora hasn't reported results for its fiscal fourth quarter, which ended in June, but we know the company finished March with just $230 million in cash after losing a whopping CAD$1.48 billion during the nine-month period ended March 31, 2020.

Aurora shares have been trading far below current book value, but another round of writedowns could push that value sharply downward. A combined $2.92 billion worth of goodwill and other intangibles comprised a majority of the company's assets at the end of March.

No matter how badly beaten these stocks look right now, it's important to remember they can keep falling until they hit zero. Before taking a chance, it's probably a good idea to wait for clear signs one of these companies can consistently make money selling marijuana.

The road ahead won't be easy. Production costs for Aurora and Aphria have fallen to CAD$0.85 and CAD$0.88 per gram, respectively, which means there's hardly any room left to squeeze out a profit.