VMware is down big after paying a massive special dividend, Dell is a publicly trading company again, and the tracking stock is no more.

Dell Technologies completed its journey back to the public markets last Friday by acquiring all outstanding Dell Technologies Class V (NYSE: DVMT) stock. The transaction also involved VMware (VMW 3.42%), which Dell controls with a roughly 80% stake. VMware paid shareholders a one-time $11 billion dividend on Friday as part of the deal, with most of that payout going to Dell. 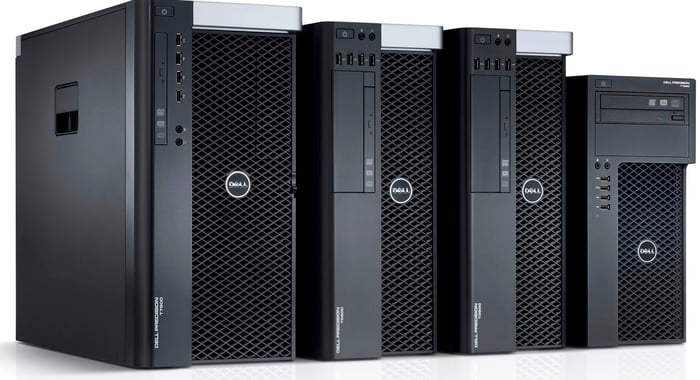 The Dell Class V stock was a tracking stock intended to track the performance of Dell's stake in VMware. The stock was originally issued as part of Dell's deal to acquire EMC, which closed in 2016. EMC owned 81% of VMware prior to being acquired by Dell.

Dell successfully exchanged a mix of cash and new Class C shares for all outstanding Class V shares on Friday. The company paid $14 billion in cash and issued nearly 150 million Class C shares to retire the tracking stock. The move greatly simplifies Dell's corporate structure, and it brought Dell back to the public markets without the need for a public offering.

Class V shareholders had the option to receive either $120 in cash or 1.8066 Class C shares for each Class V share, up to a $14 billion aggregate cash limit. More than 90% of shareholders chose the cash option, with the rest picking the share option. Because the cash limit was exceeded, shareholders who opted for cash will receive a portion of their payment in Class C stock. The cash option was the smart move, with shares of the Class C stock currently trading for around $47 per share.

As part of the transaction, VMware paid a one-time special dividend totaling $11 billion. The dividend is payable to shareholders of record at the close of business on Dec. 27, with a payment date of Dec. 28. Dec. 31 is the ex-dividend date. The $11 billion payment works out to $26.81 per share.

"Dell Technologies was created to be the essential infrastructure company for this digital era, and with today's announcement, we are aligning the interests of our stakeholders to benefit from the integrated innovations and value creation from across our entire family of businesses," said Dell CEO Michael Dell in the press release announcing the completion of the transaction.

With the tracking stock gone and Dell back in the public markets, investors can now bet on the company as a whole, not just on its stake in VMware. Dell's revenue has been growing briskly, with 15% year-over-year growth in its fiscal third quarter. But the company is still saddled with a substantial amount of debt. As of Nov. 29, Dell had about $48.7 billion of debt and $17.5 billion in cash. The dividend received from VMware will pay for part of the cash portion of the tracking stock purchase.

VMware now has quite a bit less cash after paying the one-time dividend. Total cash as of Nov. 29 was $13.5 billion, along with about $4 billion of debt. This deal will make VMware's balance sheet a lot weaker.

After going private in 2013 and creating its complex share structure a few years later to finance the EMC deal, Dell has undone those moves and is once again a public company. How it all works out this time around remains to be seen.