Warren Buffett got the discount he wanted, but it cost his company billions in the fourth quarter.

When Warren Buffett wrote his annual letter to Berkshire Hathaway ( BRK.A 1.02% )( BRK.B 1.03% ) shareholders last year, he opined that business prices were too high, forcing the company to hold off on acquisitions and hold record amounts of cash.

In the fourth quarter of the year, Buffett got the sale he wanted, as stock prices declined 14%. But the broad drop in stock prices cost Berkshire Hathaway as much as $39 billion by my estimate.

Berkshire Hathaway's portfolio underperformed the market, primarily because of large losses stemming from outsized stakes in Apple, Kraft Heinz, and just about every large U.S. bank, which were hard-hit by growth fears and declining long-term interest rates. 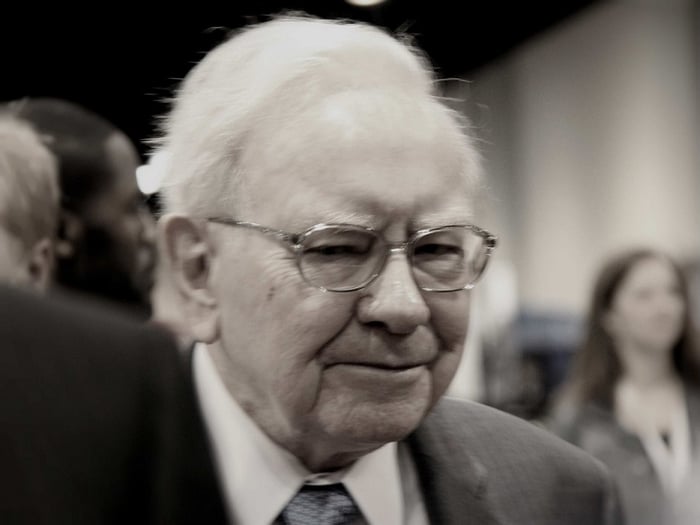 Based on Berkshire Hathaway's regulatory reports of its holdings, I estimate that the company had a billion-dollar loss in at least six of its largest stock positions.

The largest loser was Apple, which is by far Berkshire's largest investment. The tech company surprised Wall Street when it announced that it would stop providing data about the number of iPhones, iPads, or Mac computers sold each quarter, starting with its fourth-quarter 2018 results.

That was broadly interpreted as a sign that Apple's sales on a unit basis have reached or are nearing a peak, and thus earnings growth can only be driven by increasing prices, expanding margins, or both.

Warren Buffett may be one of the best bank investors out there, but you wouldn't realize it from the recent carnage in bank stocks. In the fourth quarter, short-term interest rates increased as long-term interest rates fell, which typically leads to declining margins between what banks pay for deposits and earn on their loan portfolios. 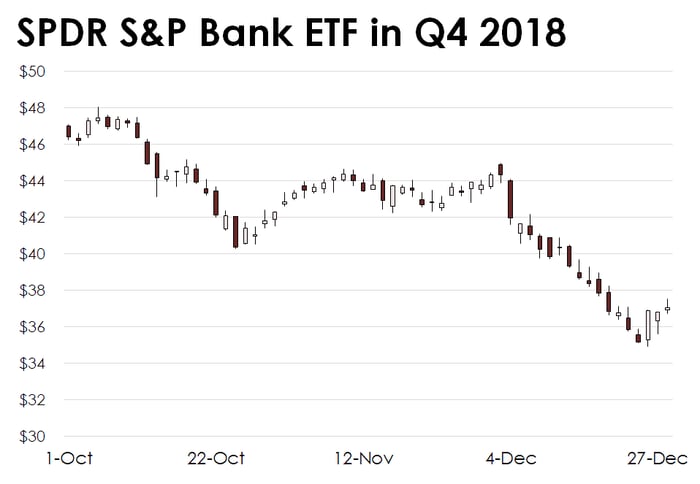 Buffett's ability to spot and invest in high-quality banks to hold for the long haul was of little benefit in a quarter in which virtually every bank declined precipitously in value as interest rates simply went the wrong way. At one point beginning in mid-December, bank stocks declined for eight trading days in a row.

The losses in the fourth quarter were magnified by the fact that Berkshire Hathaway put about $13 billion to work buying bank stocks in the third quarter of 2018, buying in at higher prices before movements in the yield curve punished financial stocks of all kinds.

Warren Buffett has never been one to judge Berkshire Hathaway's performance over one year, let alone a single calendar quarter. But when Berkshire reports its fourth-quarter earnings next month, unrealized losses on its investment portfolio will put a nearly double-digit dent in the company's book value.

The $39 billion in losses tally to about 11% of Berkshire's book value at the end of the third quarter. After adjusting for taxes, the net effect should be between 8% and 9% of book value, a big swing in just 62 trading days.

Berkshire Hathaway will report a big loss in the fourth quarter, but stock prices, not the results of its operating businesses, will be mostly to blame for it.