The retailer briefly became a true penny stock for the first time ever.

The stock of J.C. Penney (JCPN.Q) recently closed under $1 per share for the first time in its history, highlighting its parallels with Sears Holdings (NASDAQOTH: SHLDQ) all too closely. Yet where the bankrupt retailer Sears just got a stay of execution as Chairman Eddie Lampert submitted a last-minute bid to buy it, J.C. Penney apparently doesn't have a deep-pocketed savior waiting on the sidelines.

It increasingly looks like J.C. Penney could go under, and there may be no recourse to resurrect the 117-year-old retailing icon. 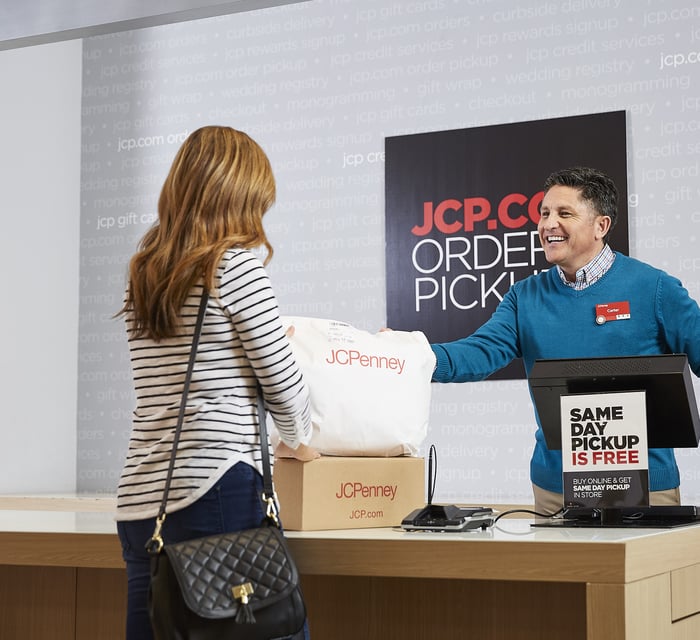 The Christmas season was the retailer's last chance to show it can remain a viable business. Mastercard's SpendingPulse report found strong consumer confidence during the holidays, with U.S. retail sales  between Nov. 1 and Dec. 24 hitting over $850 billion, a  5.1% jump over the same period in the previous year, the largest increase in the last six years. Department store online sales were 10% higher than last year.

Yet investors don't see those gains applying to J.C. Penney as the SpendingPulse report also indicated that sales at physical locations of department stores fell 1.3% for the two-month holiday period, suggesting that even with store closures and employee layoffs, retailers were still having a rough time.

After a poorly received third-quarter earnings report in November that showed a 5.4% decline in comparable-store sales, comps guidance that was lower for the year, and deep discounts to clear out inventory, Penney's future looks bleak. Quick action is needed, and the retailer is running out of time.

The ever-present threat of Amazon

Penney needs to come up with a strategy that reconnects with consumers who are no longer attracted to its mid-tier retail position, while countering Amazon.com (NASDAQ: AMZN), which continues to consume the world.

Although the e-commerce giant didn't provide specifics -- it rarely does -- it called the holiday season a record-breaking one that saw more items sold worldwide than ever before. It noted that just in the U.S., over 1 billion items were shipped via its Prime member loyalty program, which now has over 100 million members globally.

With Amazon sucking all the oxygen out of the room, there's little wonder that retailers in general are having a hard time catching their breath, let alone financially troubled ones like J.C. Penney.

Although trading under $1 per share is a warning sign, Penney isn't in immediate danger of being delisted. The stock only closed below $1 on one day -- Dec. 27 -- and the NYSE wouldn't begin the delisting process until the stock closed below $1 for 30 consecutive trading days.

That doesn't mean investors shouldn't worry. The troubled department store needs to begin showing signs it is reversing course and can attract customers once again. It needs to generate more cash because it carries a heavy debt load exceeding $4 billion while having little money in the bank.

It will continue to be cash-flow-positive by the end of the year, and that's no small thing, but having closed below $1 per share for the first time indicates that Wall Street really doesn't hold much long-term hope.

A slim chance is better than none

New CEO Jill Soltau has a small window of opportunity to make a difference and zero room for error. If she can manage inventory better, that could help, but thus far the retailer hasn't seemed capable of even doing that.

Such a pressure cooker atmosphere is never good to work under investors will be sharp-eyed critics with the fate of Sears fresh in their minds.