The Mac maker slashed guidance, bringing the rest of the market down with it.

Shares of Apple (AAPL -1.80%) are getting crushed today, down by 8% as of 11:45 a.m. EST, after the company slashed its outlook for the December quarter last night. Revenue in the fiscal first quarter is now expected to be $84 billion, compared to its prior revenue guidance of $89 billion to $93 billion.

The critical iPhone segment is largely to blame for the shortfall. CEO Tim Cook said that the iPhone has not been selling well in China, in part due to a broader macroeconomic slowdown that has been taking hold in the Middle Kingdom, combined with ongoing trade tensions between the U.S. and China. While other headwinds, like channel fill timing and foreign exchange, played out largely as anticipated, weakness in emerging markets has been far worse than expected. 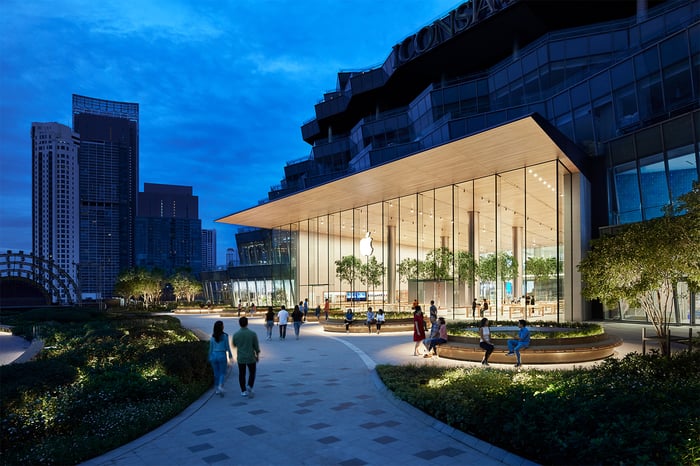 iPhone upgrade activity has also been weak in developed markets, as users hang on to their devices for longer and longer.

Cook noted that other segments hit record levels of revenue, including services, Mac, and wearables. But those businesses pale in comparison to the iPhone behemoth, particularly nascent categories like wearables. Another silver lining is that the installed base of active devices has hit a new high, adding over 100 million units over the past year. The company said it had hit 1.3 billion active devices a year ago, so this figure should now be around 1.4 billion.

Despite the revenue shortfall, Apple's aggressive buyback activity is expected to lead to record earnings per share. The tech titan also set Tuesday, Jan. 29 as the date for the official earnings release. Analysts will likely grill Apple on the poor performance, while investors will have to adapt to the company's new financial reporting, which will no longer include unit sales data.