Shares of the blue chip biotech Celgene (NASDAQ:CELG) rose by as much as 33.1% in premarket trading today, while Bristol-Myers Squibb's (NYSE:BMY) stock sank by more than 15.8%. The catalyst?

Celgene's stock is skyrocketing today in response to a megamerger with Bristol-Myers Squibb. According to the press release, Bristol and Celgene agreed to a cash and stock transaction valued at approximately $74 billion. Once the deal closes, Celgene's shareholders will swap out their shares for one share of Bristol-Myers Squibb, as well as a $50 cash payment for each share of Celgene. That amount equates to a 53.7% premium compared to where the biotech's stock closed yesterday. 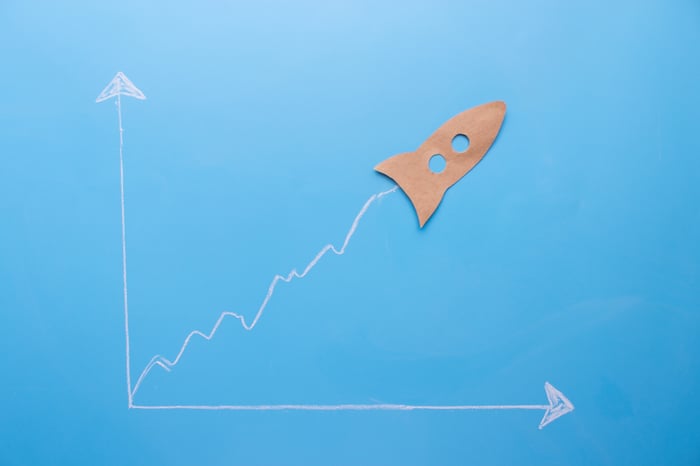 Celgene's shares have been in a tailspin over the past year due to concerns about management's ability to diversify the company's revenue stream ahead of Revlimid's date with the patent cliff. In fact, Celgene's shares were trading near a five-year low prior to this merger. Long story short, investors had clearly lost confidence in Celgene's growth story, suggesting that this merger might have been a wise move -- at least from a near-term valuation standpoint.

All that being said, this merger may not sit particularly well with some of Celgene's shareholders. After all, the biotech is being sold at a staggering 54% discount relative to its former highs reached less than two years ago. Fortunately, Celgene's shareholders will receive an equity stake in the new combined entity.

But the glaring counterpoint to this consolation prize is that megamergers have rarely created much in the way of value for pharma investors over the years -- a fact that may explain why Bristol's shareholders are hitting the exits this morning.

Are these two struggling biopharma behemoths stronger together? The answer to that $74 billion question won't become apparent until the merger is complete. But Bristol's shareholders don't appear to be particularly optimistic -- even though they seem to be getting Celgene and its top-notch clinical pipeline on the cheap.