In a note just out this morning, investment banker Goldman Sachs upgraded Netflix from buy to "conviction buy" and assigned the stock a $400 price target. That's actually down from the analyst's previous assessment of Netflix's value at $480. But even so, it means Goldman is looking for Netflix stock to leap nearly 48% from the $271 a share it closed at on Thursday evening. 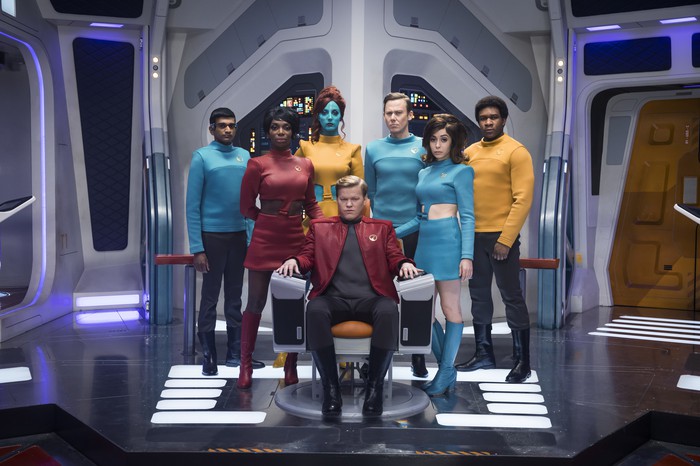 Netflix is a strange sort of a stock. Over the last 12 months, the company has reported nearly $1.3 billion in GAAP net profit, more than twice what it earned in 2017, and more than 10 times what it was earning as recently as 2015, according to historical data from S&P Global Market Intelligence.

And yet, Netflix has absolutely zero free cash flow to back up those GAAP net income figures. Less than zero, in fact -- Netflix hasn't generated positive free cash flow from its streaming video services since as far back as 2013 (and arguably not even then, if you subtract the cost of DVD purchases for its DVDs-by-mail business from operating cash flow).

Why Goldman is still chill about Netflix

None of that matters to Goldman Sachs, however. You see, the primary reason that Netflix generates no cash profit from its business is because it's investing huge sums of cash to build that business, and specifically, to build up a library of streamable content that it will own, and be able to profit from, for decades to come.

From 2015 to 2017, total cash burn at Netflix attributable largely to these video development activities approached $4.4 billion, and it's growing. Over the last 12 months, the company's cash burn rate has exceeded $2 billion, or about one-third more than its average investment over the previous three years.

While some (including yours truly) see that as a negative, Goldman Sachs believes that "the company's investment in content, technology and distribution will continue to drive subscriber growth 'well above' Street expectations," according to StreetInsider.com (subscription required).

And this, apparently, is what's more important than cash profits to Goldman: The fact that Netflix is growing its user base (currently at 137 million and climbing) and increasing its lead over rivals such as Amazon Prime Video or HBO.

The future for Netflix

Actually, Goldman Sachs isn't entirely agnostic on cash flow. The analyst does want to see Netflix produce cash profit -- just not right away. It's willing to be patient and wait for it. As StreetInsider reports, Goldman sees "a path for the company to ... generate positive cash returns by 2022," even if it has to "double its annual content investment" along the way.

If Goldman Sachs is right about that, then here's how we might expect the future to play out for Netflix:

Reported earnings at the company will continue to grow -- even as Netflix's cash burn rate appears to accelerate. (We could even see this happen as early as Jan. 17, when Netflix is due to report Q4 2018 earnings.) At some point, negative free cash flow at the company might even top $4 billion (assuming cash burn tracks Goldman's predicted doubling in "annual content investment").

Such a development might panic some investors, and scare them out of the stock, given that most analysts who follow the company are on record saying its negative free cash flow peaked in 2018, and will gradually ebb in 2019 and beyond. Goldman Sachs, however, would probably see such a development as confirming its own buy thesis, and continue to recommend Netflix.

That, I suspect, will be the right moment to buy Netflix stock -- if you're so inclined. Because if Goldman Sachs is right in its thesis, then the sell-off in Netflix stock on cash flow concerns later this year would actually be a head-fake -- an "always darkest before the dawn" moment, preceding the period when the company's heavy investments in content finally begin generating sustainable free cash flow. The next turn in the Netflix story would be an improvement in free cash flow beginning in 2020, and progressing all the way to actual positive free cash flow in 2022 and beyond.

Assuming, of course, that Goldman Sachs is right.