The People’s Republic continues to struggle with the growth of its internet companies.

China's cyberspace administration suspended some of Baidu (BIDU -1.71%) and Sohu.com's (SOHU 3.18%) news services for a week on Jan. 3 as part of a new six-month campaign against "vulgar" content on the internet. The agency states that the campaign is aimed at eliminating "negative and harmful" content from China's online platforms.

Neither Baidu nor Sohu revealed why they were suspended, but they stated they would comply with the regulatory demands. The Chinese government regularly cracks down on internet companies for a wide variety of reasons -- including pornography, gambling, crude jokes, politically sensitive topics, and the promotion of vaguely defined "unhealthy lifestyles" -- so the bans weren't surprising. 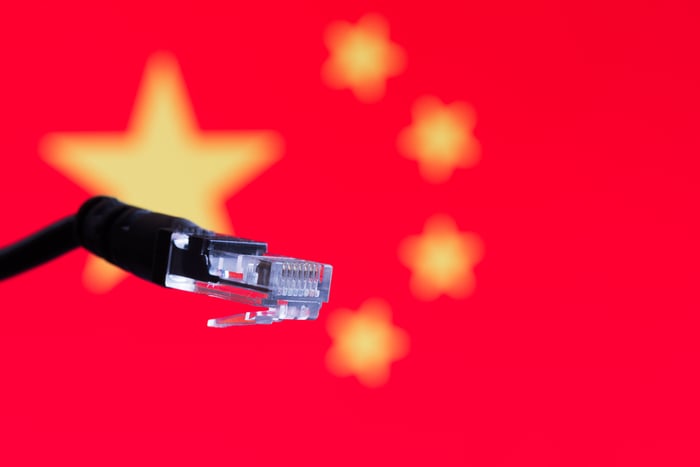 Losing a week of updates on a few news feeds won't cripple Baidu or Sohu, but the ban comes at a sensitive time for Baidu, Sohu, and other Chinese tech companies, which are already struggling with the deceleration of the Chinese economy and a depreciating RMB.

The cost of doing business in a digital totalitarian state

Investing in Chinese tech companies has always been a double-edged sword. On one hand, many of these companies generate much stronger growth than their Western peers thanks to China's massive market of over 800 million internet users.

On the other hand, the Chinese government wants to completely filter the internet for those users -- and big platforms like Baidu, Sohu, Tencent's (TCEHY -2.18%) WeChat, and Weibo represent big blind spots for that plan. President Xi's recent efforts to consolidate his power also sparked more aggressive crackdowns on these channels of limited "free speech".

That's why Baidu and Sohu both list regulatory interference as a primary risk factor in their annual reports. Baidu warns that it's "subject to claims and investigations" based on the content on its platform, and that its business could be "adversely affected" by new government rules for online ads. Sohu warns that the content on its platforms "may be found objectionable by PRC regulatory authorities," which could lead to "penalties and other administrative actions."

Chinese internet companies generally hire large teams of censors to self-police their content before it's flagged by authorities. Yet that task has become increasingly difficult in recent years as China's internet population has grown and the government's grip on the internet has tightened. 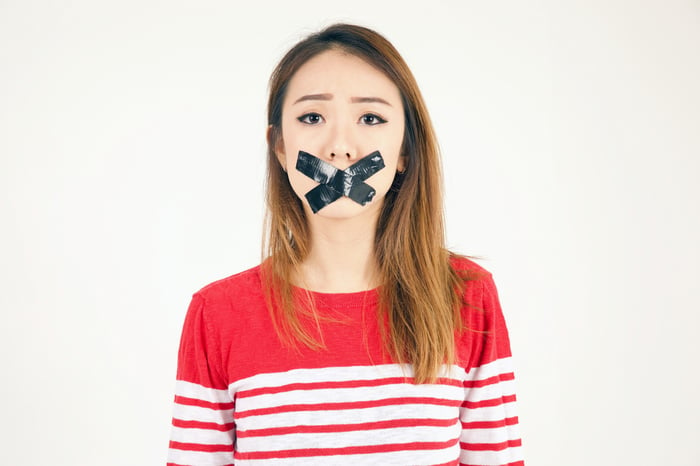 This isn't Baidu or Sohu's first rodeo with Chinese regulators. The government ordered Baidu to clean up its healthcare-related ads in 2016 after the death of a student who bought an experimental cancer treatment advertised on the platform. The subsequent reduction in Baidu's ad sales (along with its divestment from Qunar) caused its revenue growth to drop to 6% in fiscal 2016 before accelerating back to 20% in 2017.

In July 2017 the cyberspace administration held a meeting with several internet companies -- including Tencent, Baidu, and Sohu -- and ordered them to carry out an "immediate cleaning and rectification" of their platforms by removing offensive content. The alleged violations included the spread of fake news, the distortion of Chinese history, the misinterpretation of government policies, and a failure to block content that undermined social stability.

Two months later, the administration imposed "maximum" (but undisclosed) fines on Tencent, Baidu, and SINA for failing to manage their respective social media platforms -- Tencent's WeChat, Baidu's Tieba, and SINA's Weibo. Sohu dodged that bullet because it doesn't own a major social media platform, but its gaming business -- operated by Changyou.com -- was hit by a (recently lifted) government freeze on new gaming approvals in early 2018.

Those challenges indicate that the cyberspace administration will be a thorn in Baidu and Sohu's sides for the foreseeable future, and that the only choice is to roll with the punches. The one-week ban is simply a warning shot to Baidu and Sohu, and it should have a nominal impact on their growth this quarter.

However, investors should see if the temporary ban leads to something bigger, like the crackdown on medical ads in 2016 or the fines in 2017. If that happens, we'll need to revisit Baidu and Sohu to see if their growth forecasts remain intact.

Check out the latest Baidu and Sohu earnings call transcripts.