Smart-home automation may be a key way for the security camera maker to ramp up its service offerings.

Arlo Technologies (ARLO -0.27%) is diversifying its business of manufacturing top-shelf security cameras by increasingly integrating subscription-based services into its operations. Buy one of its cameras and you can get enhanced monitoring and security services added on for a fee.

Some suspect that Arlo might try to match rivals Ring and Nest with a monitored alarm service. But at least one industry source speculates the security camera specialist may have an even more grandiose idea in store: to fully compete against Amazon.com (AMZN -1.44%) and Alphabet (GOOG -0.44%) (GOOGL -0.55%) by bringing to market a full-fledged smart-home hub that expands beyond simple control of cameras and lights. 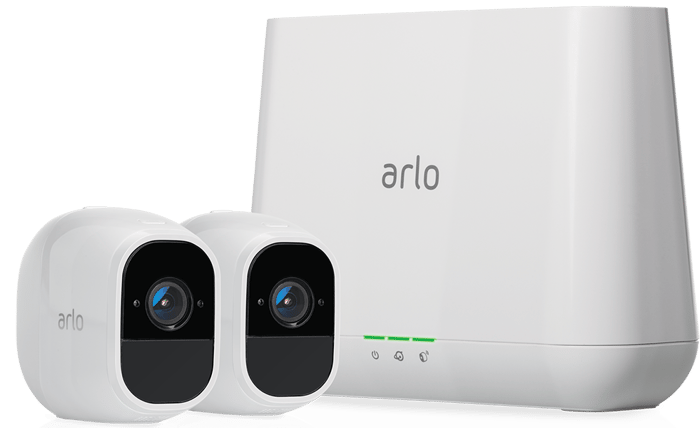 It's possible Arlo may even unveil this new technology at the upcoming Consumer Electronics Show (CES) in Las Vegas this week, as Adam Miarka with tech blog Zatz Not Funny noted that Arlo CEO Matthew McRae hinted some "surprises" would be revealed there.

Automating its entrance into the home

Miarka wrote last month that while perusing the FCC's database, he found specs for Arlo's fifth-generation base station. These specs include communication protocols that would allow the device to serve as a hub for fully automating the home. Along with the existing control over an array of cameras and lights, the hub could potentially control motion sensors, window and door contacts, and smoke and CO2 detectors, and even warn owners of water leaks.

Customers can currently pair an Arlo security camera with either Google Home or an Alexa-enabled device from Amazon (compatibility with Apple's HomeKit is not quite there yet) and get full smart-home automation and protection. Having an Arlo-branded hub, however, would give consumers a seamless, one-stop source for all their connected home needs.

While it is simply speculation at this point, Miarka notes the base station specs include protocols for Zigbee, which is a simpler, less expensive means of creating personal area networks than Bluetooth or Wi-Fi; the mesh network Z-wave; and other low-power sub-GHz radios. The common thread among these network options is that they're typically used for home automation applications.

When Arlo announced its next-gen flagship wireless security camera, the Arlo Ultra (a 4K ultra HD security camera that will be released in the first quarter of 2019), it renamed the base station the SmartHub. Arlo describes the SmartHub as simply a router-connected device for providing extended Wi-Fi range for the security cameras and managing camera data traffic. But Zatz Not Funny found that a Best Buy listing for the Ultra worded it a little differently, describing the SmartHub as allowing a user to "connect with other smart home devices for simplified integration." It's a subtle difference that could hint at where Arlo might be heading.

A change is needed

Admittedly, evidence that Arlo Technologies is tacking hard in a new direction is so far circumstantial, but it makes sense from a business perspective. Although Arlo posted solid third-quarter 2018 numbers, growth rates across revenue, registered users, and paid subscribers are slowing.

Registered users hit 2.5 million in the quarter, but the 49% year-over-year increase was almost half that achieved a year ago. As it looks to its services segment to generate more revenue, Arlo is going to need more than high-definition cameras.

A smart hub that links its security systems to a complete home automation solution might not launch Arlo to the forefront of an industry awash in cheap Echo devices. But it would put it on a more level playing field that would allow it to keep more customers (and revenue) instead of passing them off to Amazon or Google, which are encroaching on its turf by introducing security camera systems of their own.

It's a road fraught with risk, as it changes the nature of Arlo's competition, but it might be one the company has to take, assuming that it's indeed exploring this new direction.