Tariffs, market headwinds, and fears of liability were among the factors that sapped the strength from these stocks.

Wall Street kept up its positive momentum on Tuesday, building on the gains from the last couple of trading sessions. The upward moves of major benchmark indexes seemed largely tied to optimism about the possibility of favorable resolutions for Washington's trade disputes, as well as signs that economic policymakers are less likely to make moves that could push the U.S. economy into recession. Yet amid the generally upbeat sentiment, some companies were faced with more individual headwinds. Helen of Troy ( HELE 0.97% ), PG&E ( PCG 1.53% ), and Lindsay ( LNN 0.99% ) were among the market's worst performers -- here's why each fared so poorly.

Check out the latest Helen of Troy earnings call transcript.

Shares of Helen of Troy fell 13% after the seller of beauty products and other home and health consumer goods reported its fiscal third-quarter results. Sales rose a modest 2.4% from year-ago levels, but adjusted earnings were down slightly. CEO Julien Mininberg pointed to currency headwinds and a slowdown in Chinese e-commerce activity as partial causes of the mixed results, and said the need to raise prices due to tariffs could hurt the company's short-term shipment volumes. Even though Helen of Troy boosted earnings guidance for the full fiscal year, a cut to the upper end of its expected sales range was enough to worry shareholders. 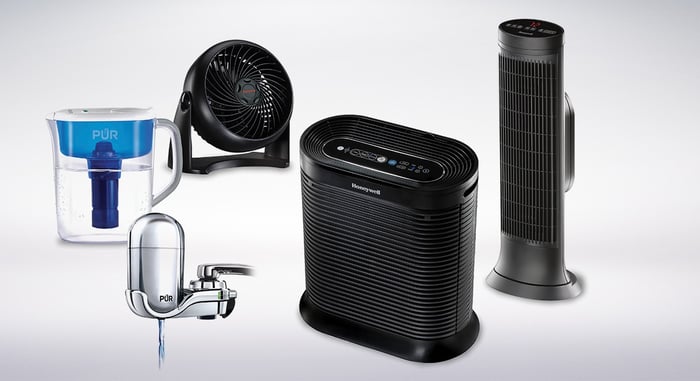 PG&E gets its bond rating cut

Utility PG&E's stock lost another 10% today, adding to a series of recent declines. Beyond the concerns the company has faced about its potential liability due to its equipment sparking major wildfires in California, PG&E also took a dramatic hit to its financial strength when Standard & Poor's cut its bond rating from BBB- to B. That move caused PG&E to lose its investment-grade status, potentially sending its future borrowing costs soaring, and putting further pressure on the ailing utility. All that, combined with the surprise announcement that key executive Patrick Hogan -- senior vice president of electric operations -- was retiring, left many investors nervous about what the future might hold for PG&E -- such as a possible bankruptcy filing.

Finally, shares of Lindsay finished the day lower by 10%. The irrigation and infrastructure specialist said that revenue fell 10% in the first quarter of its fiscal 2019, due largely to its strategic decision to sell off some non-core businesses recently. Charges related to the company's latest growth initiative hit the bottom line hard, causing earnings to drop by more than half from year-ago levels. However, after adjusting for those extraordinary charges, adjusted net income was higher by nearly 30%. Nevertheless, investors seemed to focus on CEO Tim Hassinger's more negative comments, such as his assertion that "market headwinds in North America constrained demand for irrigation equipment." Lindsay will need to work to restore its prior backlog levels and boost its business if it expects to see its share price regain the ground it has lost.

1 Major Threat to the Future of Beer