A changing of the guard at the government-sponsored entities' regulator sent shares rising.

Shares of Fannie Mae (FNMA -1.37%) and Freddie Mac (FMCC 0.24%) are both up by more than 10% as of 11:30 a.m. EST on news that Joseph Otting will become acting director of the Federal Housing Finance Agency (FHFA) until the U.S. Senate officially confirms Mark Calabria as director of the FHFA. That's being interpreted by Wall Street as a sign that maybe, just maybe, the U.S. government may be closer to releasing the mortgage giants back to private ownership.

Some backstory on the GSEs may be helpful for understanding why the market is bullish on them today. Once owned by private investors, Fannie Mae and Freddie Mac entered government conservatorship in the aftermath of the 2008 financial crisis.

The U.S. Treasury injected billions of dollars into the companies, receiving warrants that would give it nearly 80% ownership of the companies, as well as preferred stock, which would reward it with profits in the form of a fixed dividend paid each year. 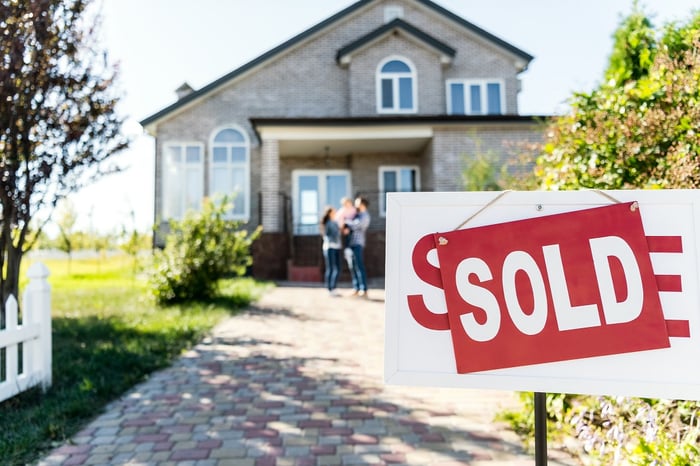 But as time went on, and Fannie Mae and Freddie Mac emerged from the crisis to earn large billion-dollar profits, the U.S. government controversially amended the terms of its investment in the GSEs, installing a "net worth sweep" that effectively sent all the profits earned by the GSEs to the federal government.

In effect, no matter how much Fannie or Freddie earned, they would never get credit for repaying the Treasury and thus never exit conservatorship. For practical purposes, shareholders of Fannie and Freddie Mac own worthless paper unless the two GSEs are allowed to exit conservatorship and return to private hands.

Speculators have long wagered that a business-friendly government may decide to return to Fannie Mae and Freddie Mac back to private ownership by ending the net worth sweep. Their shares roughly tripled in value at their peak in 2016 when it became clear that Donald Trump would be elected as the next president of the United States. Since then, though, shares have languished.

Mel Watt, a former Democratic congressman, oversaw the FHFA, and by extension, the GSEs, as director of the FHFA from 2014. His term came to an end on Jan. 6. President Trump has already named Calabria as his replacement, but until he's confirmed by the Senate, Otting, the current Comptroller of the Currency, will serve as acting director of the FHFA.

A career banker with long stints at Bank of America, U.S. Bank, and OneWest Bank, some believe Otting's appointment as acting director may signal that a privatization of Fannie Mae and Freddie Mac is more likely today than in the recent past.

Of course, we've heard this story over and over again, as various appointments -- and potential appointments -- to top Treasury and FHFA posts have been pitched as a precursor to the privatization of the GSEs, with little progress.