Short-sellers: They're not always bad news.

After two straight days of relentless selling, Maxar Technologies (MAXR -0.67%) stock finally caught a break Wednesday. In early trading, the stock bounced nearly 13% off of yesterday's closing price, and as of 1:20 p.m. EST, Maxar is still hanging on to about 6% of those gains.

That's the good news. The bad news is that...there's no actual good news. Or any news at all, in fact. 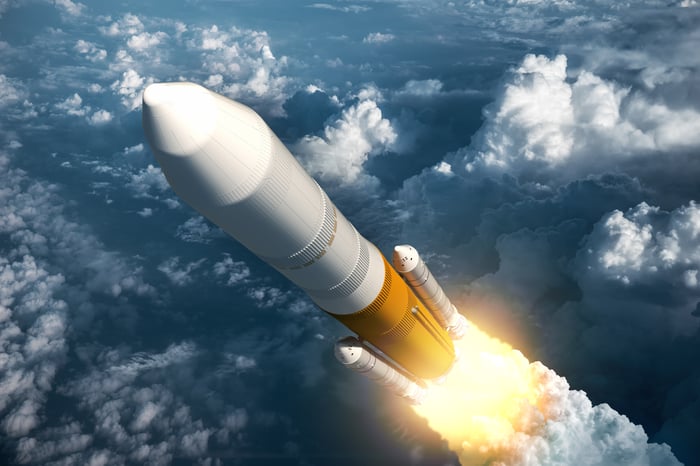 Maxar Technologies, as you probably know by now, has suffered a potentially catastrophic gyro failure on its WorldView-4 digital imaging satellite, which it uses to take snapshots of Earth. Those photos, in turn, Maxar sells to various customers.

The loss of the satellite is likely to cost the company at least $70 million, and potentially as much as $85 million, in lost revenue annually -- plus, Maxar may be forced to write off the remaining value of the satellite (the book value of which is now about $155 million).

Neither of these facts has changed one whit since yesterday, which tells me that the selling today is most likely short-sellers closing out their positions, and booking their profits.

With shorts finally heading for the exits, is it now safe for new investors to enter Maxar stock? Perhaps. Before you buy shares, however, here are a few caveats to consider:

First, the company is not currently profitable. (In fact, Maxar has reported losses of more than $355 million over the past 12 months.)

Second, Maxar's likely to look even less profitable if it has to write off $155 million in book value (at least, unless and until it gets to offset that write-down with a $183 million insurance payout on the satellite).

Third and finally, even at a forward price-to-earnings ratio of only 1.3 (according to Yahoo! Finance), Maxar's not quite as cheap as it looks. The company carries $3.2 billion in debt -- 8.5 times its $380 million market cap. With its earnings potential crimped by the loss of a satellite, and bankers still demanding their due, bankruptcy can't be ruled out as an end game for Maxar.

Of course, if you're comfortable taking on all of those risks, and intrigued by the stock's enticingly low P/E ratio, well...I can't say I'd blame you.