The reports of Sears Holdings' (NASDAQ:SHLDQ) final demise were slightly premature. Word was earlier this week that the retailer would be liquidating after 126 years in business as the board of directors was ready to reject Chairman Eddie Lampert's buyout offer. But then Lampert's ESL Investments hedge fund was given time to revise its proposal and it could be in the bidding Monday to determine what happens to the company that includes both Sears and Kmart.

ESL made its way closer to being in the bidding -- during which the board will compare its bid to those made by liquidators -- by coming up with a $120 million deposit. 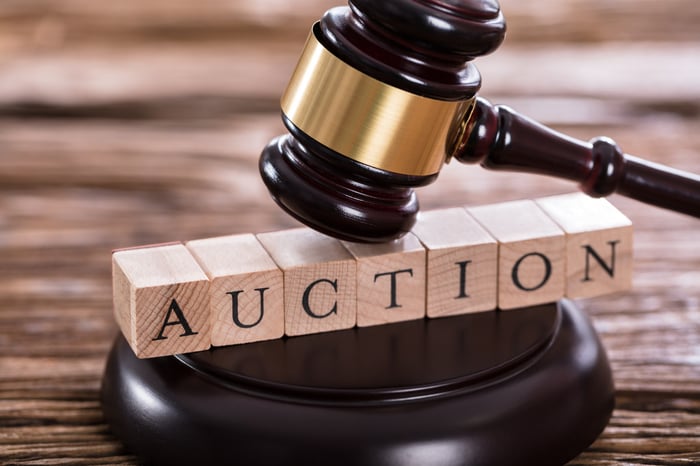 Lampert's $4.4 billion offer in December contained a lot of flaws, reportedly including financing and cash gaps, as well as undervaluing inventory. Perhaps the biggest flaw was his use of a credit bid from ESL to come up with $1.8 billion in financing. A credit bid allows a creditor to use the value of his secured debt in the company toward the purchase price of a new ownership transaction. Lampert would have ESL forgive Sears the amount of money it was owed.

But Sears' restructuring committee was concerned that because the fees and payments Sears owed weren't covered, the deal would make the company "administratively insolvent." It also worried the bankruptcy judge wouldn't accept the deal because there are investigations underway into how Lampert structured transactions to see if he negotiated sweetheart deals for his hedge fund that enriched ESL at the expense of Sears by spinning off and selling most of its prized assets.

Going on to the next stage

In addition to the deposit he was required to make yesterday, Lampert reportedly sweetened his offer to around $5 billion, with CNBC saying he would assume tax and vendor bills incurred since Sears' bankruptcy filing. It was unsure whether he was still pursuing a credit bid with the latest offer.

The board now has to decide whether the bid is viable, and if so, Lampert gets to participate in the auction on Monday. His offer is the only one that keeps Sears alive as the others participating want to liquidate the retailer.

Lampert has denied the accusations that he's been rapacious with Sears, saying he has taken a "huge personal hit," both financially and in the time he has put into trying to turn Sears around. He bought Sears in 2005 and merged it with the ailing Kmart chain, but was slow to respond to the rise of Amazon.com and the threat of mass merchandisers like Walmart and Target with their discounted goods.

Yet Lampert eschewed investing in his stores until it was too late, saying customers weren't interested in decor and fixtures. He also deployed financial gymnastics like credit default swaps to make Sears look financially healthier than it was. And he consistently sold or spun off the valuable assets Sears owned, such as Lands' End (NASDAQ: LE), Craftsman tools, and hundreds of pieces of prime real estate, which went to Seritage Growth Properties (NYSE: SRG), the real estate investment trust he created. ESL Investments owns about 40% of the REIT. It also owns about 66% of Lands' End.

Still, even if Lampert gets in the bidding and wins, there's little hope Sears will survive very long afterward as customers are still abandoning the retailer. Unless Lampert is able to sweeten his offer enough to make it viable and then find a way for Sears to rebound, it looks as though the clock will run out on Monday.