Trade wars are not good for business.

Shares of Alibaba Group Holding (BABA 6.61%) declined 15% last month, according to data provided by S&P Global Market Intelligence, as fears of a trade war sparked a sell-off in U.S. and Chinese stocks.

In early December, after enacting a series of retaliatory tariffs on each other's goods, the U.S. and China agreed to continue their trade talks for a period of 90 days beginning Jan. 1. However, fears that those talks could prove unsuccessful led many investors to reduce their exposure to both Chinese and U.S. stocks. 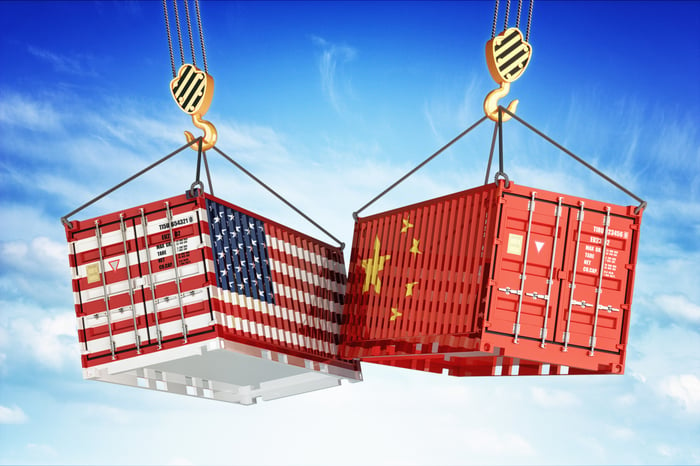 If tensions between the U.S. and China were to escalate into a full-scale trade war, higher tariffs could inflict higher costs on consumers in both countries, which could, in turn, slow economic growth. Alibaba -- as the largest e-commerce company in China -- would be particularly exposed to an economic slowdown.

Analysts have reduced their price targets on the Chinese juggernaut in recent months to account for these risks. Many investors turned bearish on the stock, and Alibaba's share price fell in tandem.

Following its December swoon, Alibaba's stock has rebounded about 10% so far in January. Optimism appears to be mounting that Chinese President Xi Jinping and U.S. President Donald Trump could eventually reach a trade deal that would avoid unnecessary conflict between the world's two most powerful nations.

Looking ahead, any positive developments in these trade talks could send Alibaba's shares soaring.