Find out why these stocks made particularly bad showings on a down day for the market.

The stock market lost a lot of ground on Wednesday, with major benchmarks falling 3%-4%. The Dow Jones Industrial Average lost more than 800 points as investors started to become more fearful about the potential for a reversal in the strong economic conditions that have prevailed for much of the past decade. Rising interest rates and big drops in crude oil prices also weighed on Wall Street, and bad news in some key areas cast a shadow over the rest of the stock market. Ferrari (RACE 2.14%), Alibaba Group Holding (BABA 0.05%), and Cloudera (CLDR) were among the worst performers on the day. Here's why they did so poorly.

Shares of Ferrari fell 9% despite getting favorable comments from stock analysts today. Analysts at Societe Generale boosted their price target on the luxury automaker's stock by 40%, with the rationale that a focus on high-end buyers should warrant a higher valuation for Ferrari. Yet on a bad day for the overall market, concerns about the negative wealth effect and the toll it could take among the wealthy customers who most often purchase Ferrari vehicles seemed to outweigh any company-specific advantages that Ferrari might have over its fellow luxury-auto specialists. 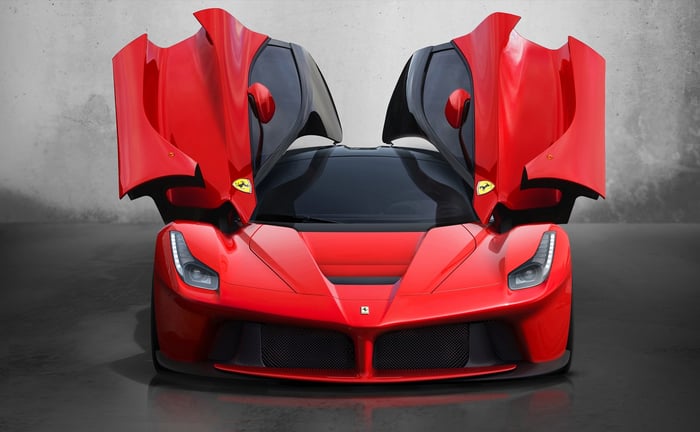 Alibaba Group Holding was down another 6%, continuing a decline that has lopped about 17% off the Chinese company's stock price just since late September. Analysts at Barclays were among several who reduced their price target on Alibaba shares, lowering theirs by $15 to $210, arguing that the tough macroeconomic conditions in China warrant more caution from investors. Alibaba has worked hard to innovate in order to stay ahead of its many competitors in the Chinese e-commerce and internet industries, but its spending has threatened its ability to keep profit margin levels as high as in the past. In the long run, Alibaba has plenty of potential, but China will have to work through a tough patch first before investors share in its long-term success.

Things get cloudier for Cloudera

Finally, shares of Cloudera dropped 11%. The cloud-computing specialist has seen impressive gains in the wake of its decision to merge with peer Hortonworks, giving the two companies the potential to boost their scale in a rapidly growing and highly competitive industry. But cloud computing has been one of the most lucrative segments of the tech sector, and with the stock market reversing course, investors are concerned that assessments of the potential of high-growth stocks could prove to have been overly optimistic. Most investors still have strong expectations for the post-merger Cloudera, but market volatility could pose a threat to further share-price advances in the near term.