By now, you've probably heard the news (or perhaps your teenager told you?): Gaming giant Activision Blizzard (NASDAQ:ATVI) is splitting up with one of its most popular game producers, Bungie.

In a terse statement filed with the Securities and Exchange Commission yesterday, Activision reported that, henceforth, Bungie will "assume full publishing rights and responsibilities for the Destiny franchise," once one of the most popular video games on the market. "Going forward," said Activision, "Bungie will own and develop the franchise."

Investors clearly didn't like the news, with Activision stock falling as much as 13% in Friday morning trading and no fewer than six separate analysts cutting their price targets on Activision stock in response. How should investors react?

Let's listen in as the analysts debate, courtesy of excerpts provided by our friends at TheFly.com. 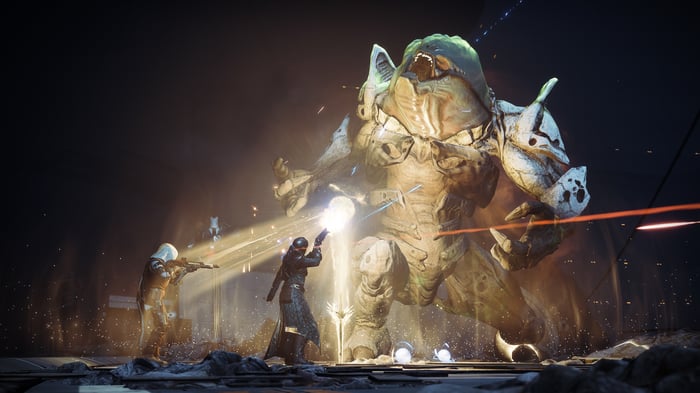 Though no one has stepped up and actually downgraded the stock as punishment for Activision Blizzard's split with Bungie, it's clear analysts are not pleased. So far, Benchmark, BMO Capital, KeyBank, MKM Partners, Piper Jaffray, and R.W. Baird have all cut their price targets:

What are these economics of which BMO speaks? Wm. Blair, another analyst who weighed in today (but did not cut its target) explains: "Despite solid unit sales, it appears [Destiny 2] did not meet expectations on reach and in-game monetization." Furthermore, Blair worries that revenue from Blizzard games Overwatch, Hearthstone, and World of Warcraft are likely to decline in 2019.

So what's the big story here for investors in Activision? The recurring theme from most of these comments from analysts cutting their price targets (and even from analysts like Blair, and Morgan Stanley as well, who didn't), is that Activision's decision to cut ties with Bungie increases uncertainty about Activision Blizzard's growth outlook. At the same time, most analysts remain optimistic about the stock, and generally agree that Activision will ultimately power through these changes, reallocating money that would otherwise have gone to developing, promoting, and supporting the Destiny franchise to other games, which might have better growth prospects.

Still, in the near term, investors need to be careful. Even down to a $34.1 billion valuation after today's sell-off, Activision stock is selling for nearly 60 times trailing earnings --and even the analysts who remain optimistic about Activision generally agree that those earnings will take some kind of hit in the New Year. Even a reduction in earnings as small as $0.05 per share could be enough to wipe out any earnings-per-share growth in 2019, as compared to 2018 -- and many analysts are forecasting earnings reductions greater than that.

For a growth stock dependent on earnings growth to support a 60 times earnings multiple, this could be very bad news indeed.