Shares of Goodyear Tire & Rubber (NASDAQ:GT) slid nearly 37% last year, according to data from S&P Global Market Intelligence. The business couldn't shake investor concerns over higher crude oil and steel prices, which led to a significant increase in raw-material costs and eroded profit margins, or the ongoing trade war between the United States and China, which threatened to result in tariffs capable of slowing the business.

While tariffs never materialized and might be neutralized by the company's global fleet of manufacturing facilities even if they did, the trade war was still affecting the business by slowing China's economy. That resulted in significantly weaker business in a region that has been central to the company's growth in recent years. 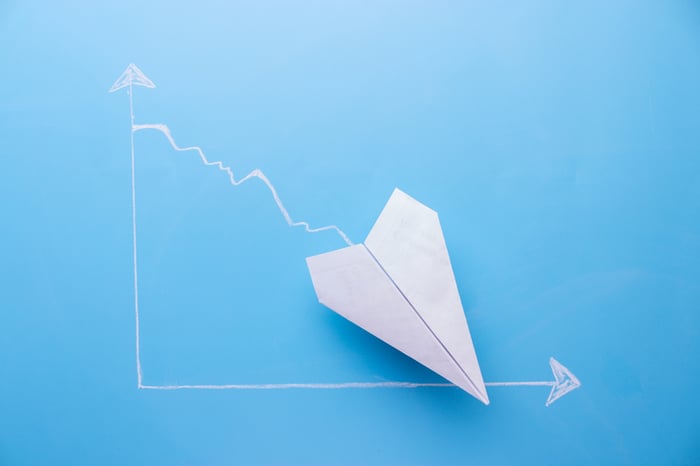 In December 2018, more data emerged about the health of China's economy. While it's still growing at a healthy clip relative to other large economies, consumers there are beginning to feel the brunt of the trade war. As such, they're beginning to hold off on purchases of certain goods, including new automobiles and tires.

That slowdown was certainly reflected in the operating results of Goodyear Tire & Rubber in recent quarters and only seemed to get worse as the year progressed. In the first nine months of 2018, revenue in the Asia-Pacific region grew just 3.1% compared with the year-ago period, which was half the growth rate it achieved in 2017 compared with 2016. More worrisome, operating income fell 22% year over year in the first three quarters of last year. The worst performance for the region was delivered in the third quarter of 2018 -- and investors are expecting the fourth-quarter 2018 results to be even worse once announced in the next few weeks.

There may be a silver lining for Goodyear Tire & Rubber in 2019: significantly lower crude oil prices. That could save the company tens of millions of dollars in raw material costs in the year ahead. Considering the Asia-Pacific region is responsible for just 14% of sales and 21% of operating income, lower raw material costs could also help to stunt the impact of China's slowing economy. However, while shares appear cheap in the first few weeks of the new year, the company's commodity-linked business could encounter more turbulence as global economic concerns begin to crop up.