Better VR headsets are on the horizon, but will anyone care?

When Facebook's (META -5.20%) Oculus announced its Quest headset in the fall of 2018, it laid out how it sees the virtual reality (VR) industry playing out. It's trying to get headsets into more people's hands by making them wireless and simple to use. Oculus Go, which is primarily a 360 video device, was the first to launch, and second was the fully immersive Quest, which has onboard computing and inside-out tracking to "see" where a person is in space.

Not to be outdone, HTC announced the Cosmos headset and the Vive Pro Eye, which includes eye-tracking technology. Together, these three product additions will make 2019 a big year for VR. 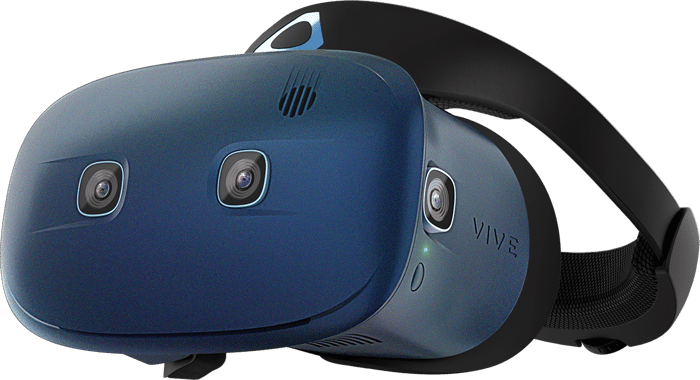 It's clear that Oculus' goal with Quest is to take the technology mainstream. According to NVIDIA, 4 million PC-based VR headsets have been sold, a category that includes Oculus Rift, HTC Vive, Microsoft's mixed-reality headsets, and smaller niche competitors. On top of that, over 3 million Sony Playstation VR headsets have been sold, bringing the total to more than 7 million.

That may sound impressive, but that's an aggregate number of headsets sold in nearly three years on the market. The regular user base is likely much smaller. Everyone in the VR industry would like to see the installed and user bases grow significantly now that new hardware is out.

Quest will come with a $400 price tag and the untethered design that users have long desired. But it will also be less powerful and have worse graphics than the Oculus Rift, which was launched in spring 2016. Even today, bringing down the price of VR headsets requires making big trade-offs on performance.

HTC is going the other direction, maintaining tethers with both Cosmos and Vive Pro Eye. Overall, HTC is increasing resolution and, at least in the case of Vive Pro, raising its price point for headsets. It's a risky strategy with Oculus going down market, but HTC is betting that the path to mainstream adoption is through better performance, not price alone.

The stakes for VR in 2019 are high given the place the industry is in today. If adoption rates increase and Quest or Cosmos begin to be more common in homes and businesses, the future is bright for virtual reality as an industry.

But if the adoption cycle remains slow, the industry could stagnate. New high-end VR headsets only come out every few years, so this is an important product cycle. Slow adoption would mean slower content development, which could result in a downward cycle for everyone in the industry.

I believe Quest and Cosmos will be positive steps forward for VR, but it's too early to think that tens of millions of people will rush out to buy headsets. It's a long slog forward to educate consumers on the benefits of VR and convince them to spend hundreds of dollars on a headset. And until adoption increases, this will still be a niche industry for users and developers, which isn't what tech giants like Facebook and HTC have in mind for billions of dollars in VR investment.