Uber is moving quickly toward its initial public offering, which Uber CEO Dara Khosrowshahi says will be sometime this year. As the company gets closer to that date, more information about Uber's financials has been released. The latest revelation comes from a confidential filing the company made with the Securities and Exchange Commission back in October, the details of which were recently published by The Information [subscription required].

So if you're thinking of investing in Uber when the company goes public this year, here are a few things to know. 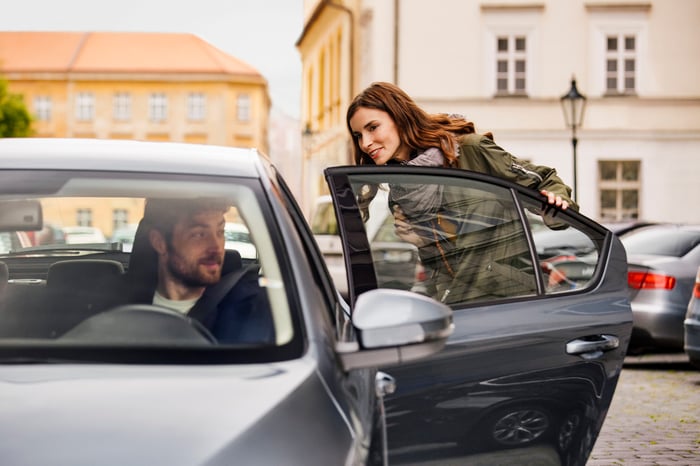 Net revenue is expected to reach $14.2 billion in 2019. Uber's management expected sales to reach $14.2 billion this year, which would be double what the company's revenue was in 2017. Doubling sales in two years would be fantastic, but there is some indication that revenue from the company's core ride-sharing business may be slowing. Data from market-research company Second Measure says that Uber's sales have been flat since March 2018.

The company expects its EBITDA loss for full-year 2018 to be $1.7 billion. Uber's management believes the losses will slow to an EBITDA (earnings before interest, taxes, depreciation and amortization) loss of $500 million this year. Over one-third, and maybe close to half, of the company's losses stem from Uber's investments in bets outside of its core business, like its freight business and autonomous-vehicle project, according to The Information's data.

The company has about $4.8 billion in debt. This figure, from September 2018, may change before Uber's IPO.

$2 billion could be saved annually if the company scaled back its marketing efforts. That may not happen anytime soon, but Uber's management says it could cut spending by $2 billion and generate $1 billion in EBITDA in 2019, though sales growth would slow as a result. If the company continues to spend as it does right now, and earnings grow as management expects, Uber says it'll be profitable in 2020 with EBITDA of $1.5 billion.

Uber's valuation is about $90 billion right now. Previous estimates valued the company at around $120 billion, but The Information now puts the valuation closer to $90 billion, and Crunchbase estimates it may be closer to $70 billion. For comparison, Uber rival Lyft, also expected to go public this year, is currently valued at about $15 billion.

It's still probably best to wait

Investors should keep in mind that many of these figures are based on projections by Uber management. Only after the company goes public -- and files several quarters' worth of results -- will investors get a clear picture of how it's doing.

Until then, it may be best for investors to wait and see how Uber performs as a publicly traded company, and let the IPO excitement die down before considering investing in the stock.

Considering Investing in Uber? Here Are 5 Numbers You Should Know @themotleyfool #stocks Next Article
Current