One of the great founder/CEOs of the past few decades has been Hungarian-born Thomas Peterffy, the founder and CEO of Interactive Brokers (NASDAQ:IBKR). Though it began as an options market-maker back in the 1970s, Interactive Brokers has become an ultra-low cost online broker over the past 25 years. I personally use Interactive Brokers for trading, and IBKR's extremely low trading costs (half a penny per share, with a $1.00 minimum) and margin loan rates well below those of its peers have saved me a lot of money.

Despite having grown Interactive Brokers into a $21.5 billion company, Peterffy still owns a large majority stake, with his LLC owning 81.9% of the company as of last quarter. At the Fool, we really love to see that kind of owner's mentality.

Given how central Peterffy has been to the company, investors may be concerned that Peterffy just announced he will be stepping down from the CEO role this year. The stock fell following the announcement and is now down 35% from its highs of mid-2018. This will be the first time in 41 years Peterffy won't be leading the company as CEO, so should investors be worried? 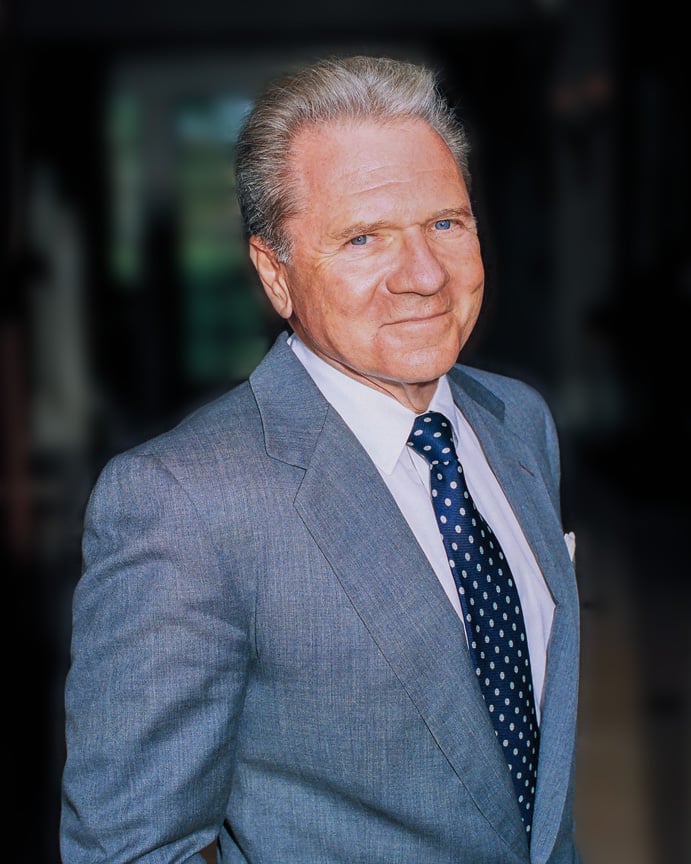 Peterffy stepping down doesn't have anything to do with the company or its operating performance. Rather, Peterffy's retirement is coinciding with his 75th birthday, which is apparently the benchmark that spurred him to step aside and pick a successor.

As with many founders, Peterffy will likely never completely leave Interactive Brokers, and will remain chairman of the board of directors. As majority owner, he will also still have large sway in the direction of the company.

Per the press release, Peterffy stated:

I put all my energies into building this Company for the past 42 years and there is nothing I would rather do than work here forever. On the other hand, as I grow older, I must recognize that Milan [Galik] will do a much better job running the company than I would. With him at the helm, the strength of out business and the quality of our platform that delivers our offering will continue to grow as Interactive Brokers becomes the largest broker in the world. I am excited to continue to work with him and make this happen. I intend to remain and work at the company as long as I can remain helpful.

As referenced above, the new CEO will be Milan Galik, currently president of the company.

Fortunately for shareholders, new CEO Milan Galik is not only an experienced 28-year veteran of the company but has also been groomed for the CEO role for the last four years. Galik said: "[Thomas] has been my mentor for 28 years, has been preparing me for this transition for the last four and I look forward to working with him for many more to come."

The company expects to formalize all of these executive changes on Jan. 22 at its next board meeting.

After a swoon, is Interactive Brokers is worth a look?

Interactive Brokers' stock sold off after the announcement, marking another leg down after a bad second half of 2018. That's probably not the company's fault, as the entire financial sector had a pretty terrible second half of the year.

However, that roughly 35% sell-off from its highs came after a huge run during the previous year from mid-2017 to early 2018. I think the stock had perhaps run a bit too far, too fast. But with a current valuation of just under 20 times forward earnings estimates, now seems like a reasonable entry point for IBKR.

In its recent monthly metrics report for December, the company reported a huge 36% year-over-year increase Daily Average Revenue Trades (DARTs), the result of December's huge volatility. Countering that, however, its margin loan balances shrunk 9% year over year and 5% month over month, as nervous investors likely sold stocks to pay off margin debt as the market swooned. This decline should be mitigated, however, by the recent rise in interest rates (Interactive Brokers' margin loans are floating-rate).

Importantly, the company continues to add new customer accounts, with December total accounts increasing 1% month over month and 24% year over year. Given Interactive Brokers' low-cost stature in the industry, I expect it to continue to gain clients in the future and take market share.

The bottom line: I wouldn't fret over Peterffy's retirement from the CEO role, and if you have been on the sidelines, now might be a good time to look at Interactive Brokers stock after its 35% sell-off. As stated above, Peterffy and Galik have the goal to make Interactive Brokers the largest broker in the world, and someday, I think it might get there.