Shares of the surgical robotics company have risen more than 280% over the last five years.

Shares of Intuitive Surgical (ISRG 0.00%) gained 31.2% in 2018, according to data from S&P Global Market Intelligence. Another year of strong sales and earnings growth helped the surgical robotics company crush the market. 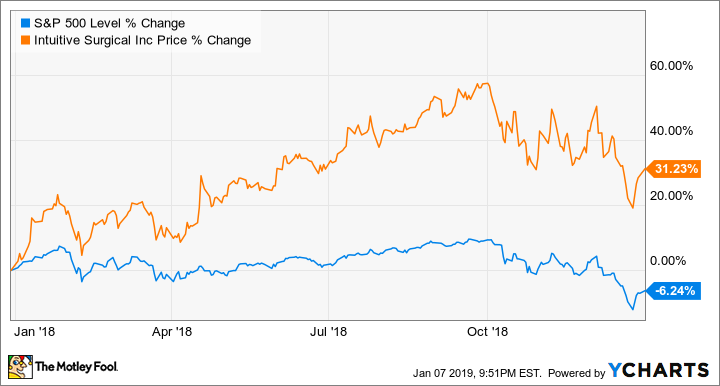 Intuitive managed to meet or exceed earnings expectations with each of its quarterly releases last year, as adoption of its da Vinci surgical systems continued at an impressive pace and recurring-revenue from instruments and services had a positive effect on margins. The stock wasn't immune to the market volatility that hit at the end of the year, but shareholders still had plenty to cheer about in 2018. 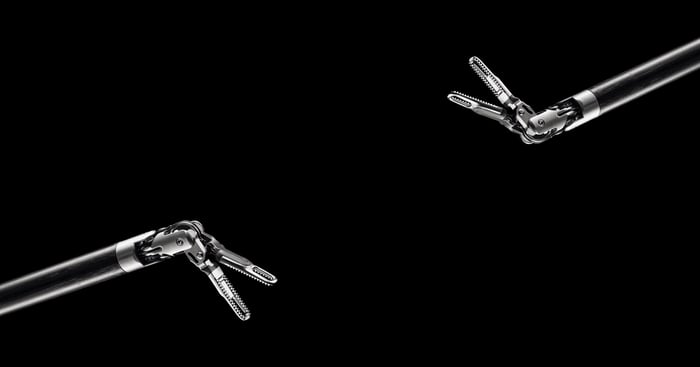 In addition to generating recurring revenue from supplies like surgical blades and machine maintenance services, the company is transitioning da Vinci systems themselves to a recurring-revenue model by rapidly growing its operating-lease business. This lowers the barrier to entry for hospitals, helps Intuitive continue to cement its surgical systems as the industry standard, and builds a bigger sales base for instruments and services.

Intuitive Surgical trades at roughly 38 times this year's expected earnings and 13 times expected sales. Those metrics suggest that investors have lofty growth expectations, but the company enjoys an industry-leading position and looks to have a defensible moat and long runway for growth in domestic and international markets.

Intuitive is scheduled to report fourth-quarter earnings following market close on Jan. 24. After strong performance across the first three quarters prompted it to raise targets, management expects total procedures to have increased roughly 17.5% year over year at the midpoint of its target -- up from its previous target of 16.5% annual growth.