2018 was a topsy-turvy year to own lithium stocks. As analysts debated the likely future for lithium supply, demand, and pricing, marquee names like Albemarle (NYSE:ALB), Livent (NYSE:LTHM), and Sociedad Quimica and Minera were alternately upgraded and downgraded -- sometimes in the same month.

What future does 2019 hold for lithium producers? Unfortunately, the first news could be bad news. 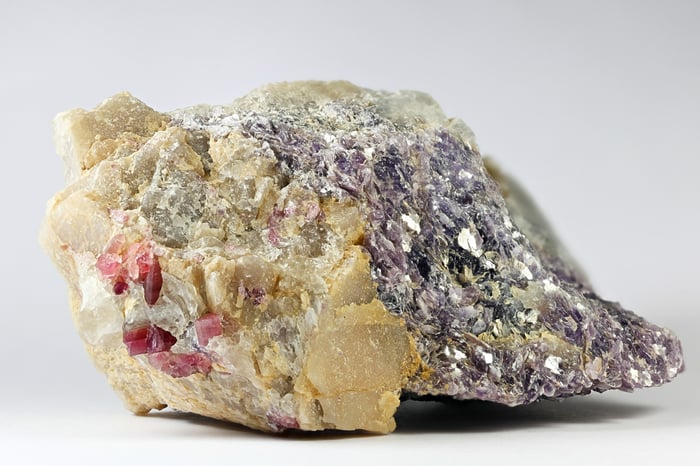 This morning, analysts at Nomura Instinet announced their first ratings change on lithium stocks in the new year -- and it's a move down. The banker is cutting its ratings on Albemarle and Livent to neutral on an expected drop in lithium prices "in coming months."

"We see growing evidence that lithium prices have weakened beyond narrow segments of the Chinese spot lithium carbonate market," warns the analyst, according to StreetInsider.com (subscription required). Currently, both "ALB and LTHM continue to expect flat-to-slightly up average long-term contract pricing in 2019." However, Nomura believes "there is modest risk to 2019 price guidance," especially on short-term supply contracts. Farther out, the analyst sees the potential for "downward pressure" on "long-term contract prices ... in 2020."

Result: Nomura is revoking its buy ratings on Albemarle and Livent stocks and cutting its Albemarle price target to $85 a share, while leaving Livent stock at $16.

Now alert readers will notice, no doubt, that despite Nomura having downgraded them, both Albemarle and Livent stocks currently cost less than Nomura's new price targets. Albemarle could still rise 13% from today's $75 share price to reach Nomura's new target, and Livent would need to gain 14% to reach $16. In that regard at least, Nomura's downgrades don't really sound like such bad news.

But before you get too excited, here's some more bad news for you:

At the same time as Nomura was downgrading both of these stocks, analysts at Vertical Group (which you may remember issued an early warning on falling short-term spot prices late last year) dropped another bombshell today. In what TheFly.com observes is now a "Street-low" target price, Vertical said today that Albemarle stock is actually worth only $59 a share.

Vertical doesn't mind the Wodgina Li project per se, exactly, or even the fact that it is expected to produce up to 827,000 tons of lithium spodumene concentrate (a precursor to making lithium hydroxide), adding to global lithium supplies and potentially weakening lithium pricing. To the contrary, Vertical worries that Albemarle's taking an interest in the project will lower its margins and increase its costs -- but only give the company a "modest boost" in production volume.

This, warns Vertical, creates the potential for Albemarle's lithium business to "fall short of expectations in Q4."

Can Albemarle afford to suffer an earnings miss in Q4 as a result of its Wodgina Li project? It depends on how you look at the numbers. On the one hand, operating profit margin at Albemarle has been rising steadily over the past four years. According to data from S&P Global Market Intelligence, operating profit margin is already at 22.7%, and almost back up to 2013 levels. From that perspective, the company appears well-positioned to absorb at least a modest hit to margin, if it will position the company for greater growth in the future.

On the other hand, though, Livent's margin is also rising, and already at 29.8% -- several points higher than Albemarle's. If Albemarle now shifts into reverse on margin, while Livent continues expanding its margin, the latter stock could become more attractive to investors, hurting Albemarle's share price.

I'd also point out that from the perspective of free cash flow, Albemarle is currently only just barely profitable, generating less than $5 million in FCF over the last 12 months. If Wodgina Li necessitates greater capital spending by Albemarle, it could tip the company back into negative free cash flow territory -- again, in contrast to Livent, which generated more than $20 million in free cash flow over the last year.

At similar P/E ratios of about 23 times earnings, neither of these lithium miners looks particularly cheap to me. Still, given the choice between investing in Albemarle and Livent, which is generating four times Albemarle's FCF despite being four times smaller than Albemarle by market cap, I think Livent is the better bet.