Tuesday was a solid day on Wall Street, as major stock indexes generally rose modestly. Investors seemed to look forward to the coming earnings season, even though results from some high-profile early reporting companies weren't quite as good as most had hoped. Even amid positive sentiment, some companies suffered bad news that caused their shares to miss out on the rally. Tilray (TLRY), Goodyear Tire & Rubber (GT 3.65%), and PG&E (PCG 1.30%) were among the worst performers. Here's why they did so poorly.

Shares of Tilray dropped 17% as the marijuana producer's six-month lockup period expired. Following the company's initial public offering, key institutional investors weren't allowed to sell their shares immediately. That's a common provision for IPOs to help support share prices, but the lockup is designed to last for a limited period of time, and today's sell-off suggests that several investors took advantage of the expiration. Even so, news late last week that key investor Privateer Holdings would not sell despite the lockup expiration likely prevented an even bigger drop, and many remain optimistic about the cannabis company's long-term prospects. 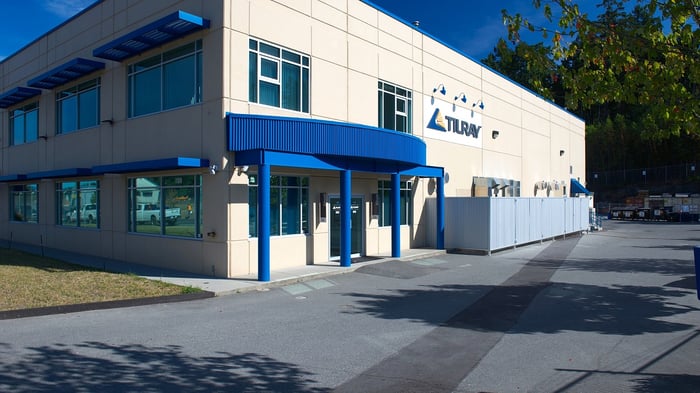 Goodyear Tire & Rubber's stock fell 13% after the tire maker cut its guidance for its fourth-quarter results. In a filing with the U.S. Securities and Exchange Commission, Goodyear said that tire volumes in 2018 were down about 3%, held back by weakness in China, India, and Europe, as well as supply constraints in the U.S. market. Because of the shortfall, Goodyear now expects net income to come in below the $1.3 billion that it had initially forecast. Given that the the company has come off a terrible 2018, this wasn't the way Goodyear wanted to start the new year.

Finally, shares of beleaguered utility PG&E lost 17.5%. The move just added to the more-than-50% hit the stock took Monday following PG&E's announcement that it would seek bankruptcy protection, and today, the utility chose not to make a roughly $22 million interest payment on a series of senior debt obligations. The news shows that despite their reputation for being safe investments, even utilities have risk -- and many major institutional investors are learning the hard way that even prominent players in the industry like PG&E could suffer devastating losses as a result of its responsibility for damages in California's latest wildfires.