Not on a basis that matters, anyway.

It would be quite the turnaround if Blue Apron (APRN 3.53%), a meal-kit provider with a failing business model, managed to turn a profit this year. The company is losing customers, burning cash, and posting big losses. Through the first nine months of 2018, Blue Apron booked a net loss of nearly $100 million. It will almost certainly post a net loss in 2019 unless people suddenly decide that dramatically overpaying for mail-order groceries is a good idea.

But in the world of made-up numbers and useless metrics, Blue Apron will have a strong 2019. The company issued a press release on Jan. 15 in which it reaffirmed its "confidence in achieving profitability" in the first quarter of 2019 and in the full year. But Blue Apron isn't talking about the kind of profitability that matters. Blue Apron expects to be profitable "on an adjusted EBITDA basis."

That's like claiming to have lost weight on an adjusted-for-cake basis. It's not even meaningful to talk about. "People who use EBITDA are either trying to con you or they're conning themselves," says Warren Buffett. When an unprofitable company starts talking about EBITDA, run. 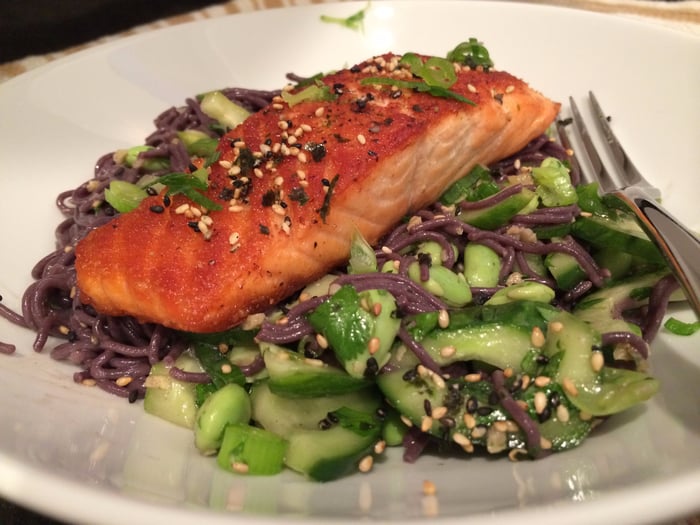 What is adjusted EBITDA?

These are all real expenses that are being ignored, even if some of them are non-cash. Property and equipment that's depreciated over time needs to be maintained and eventually replaced. While calculating free cash flow involves adding back depreciation, the capital expenditures to purchase those depreciating assets are accounted for. EBITDA does not account for that capital spending.

Stock-based compensation is a real cost, as well. While no cash is changing hands, the company is giving its employees something of value and increasing the diluted share count in the process. It's certainly a real cost in the eyes of shareholders, who see their stakes diluted.

Why do companies even talk about adjusted EBITDA? Because its much easier to report a positive number compared to an earnings metric that means something.

Blue Apron reported a net loss of $98.4 million through the first nine months of 2018 on $526.9 million of revenue. Adjusted EBITDA was also negative, but not nearly as bad. Blue Apron's adjusted EBITDA loss was just $53.6 million. The gap between the two numbers was due to $13.6 million of stock-based compensation, $25.7 million of depreciation and amortization, and $5.6 million of interest expense.

Blue Apron's net income will improve in 2019 if the company can turn adjusted EBITDA positive, but it will still, in all likelihood, be negative. And there are ways to boost adjusted EBITDA that don't boost net income at all, like shifting compensation from cash to stock options. Blue Apron's stock-based compensation jumped by more than 50% in the first nine months of 2018, despite far lower revenue and companywide layoffs.

When the goal is to boost a meaningless number, that's what the company is going to do.

It would take a miracle for Blue Apron to produce a real profit in 2019. The company is hoping partnerships, like its deal with diet company WW, will boost its customer count and lower customer acquisition costs. But the product is just too expensive, and customers will continue to flee the service unless that changes.

Blue Apron may hit its goal of "achieving profitability" this year, but turning a real profit is a very different story.