So much for getting a fresh start with the new year. Snapchat parent Snap (NYSE:SNAP) has been suffering from an ongoing executive exodus in recent months, and the rate of departures appears to be accelerating. Perhaps more importantly, the executives that are leaving are increasingly higher up. Snap dropped a bombshell in an SEC filing last night: Its CFO is leaving after just eight months on the job. Tim Stone has not yet specified an end date and will continue to serve as the company looks for a replacement. 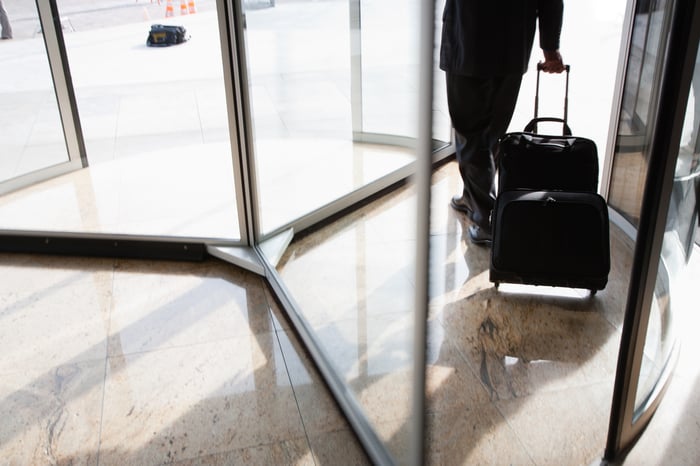 Stone skipping out on millions

Snap had hired Stone away from Amazon.com as CFO to replace Drew Vollero in May, enticing him to leave the e-commerce giant with a hefty pay package consisting of a $500,000 annual salary, $20 million in stock, and options to purchase an additional 500,000 shares. That $20 million in stock was split between a $19 million new hire grant and a $1 million special "sign-on equity grant" that would vest after just six months. The $19 million would vest in monthly installments over four years. Stone's most recent Form 4 filing from last month shows he holds 2.3 million Snap shares.

In other words, Stone is forfeiting the vast majority of that pay package. That's an awful lot of money to give up, and not a decision anyone takes lightly.

Snap only started providing financial guidance after Stone started, which was a positive development for investors. The company had previously never issued any forecasts, mostly leaving shareholders in the dark as to what to expect going forward. In the filing, Snap says it expects revenue and adjusted EBITDA to come in at the high end of its previously provided guidance, a small consolation for investors, who are rattled by the news that Snap will now be looking for its third CFO in under a year.

Business Insider (subscription required) also reported this week that Snap's head of HR, Jason Halbert, is leaving the company. Halbert has been with Snap for almost four years, and attracted controversy when The Information profiled him in late 2017. The HR chief would share inappropriate stories with employees regarding his time in the military, among other bizarre behavioral attributes. The company had previously launched an investigation following internal complaints about Halbert's conduct, but no action was taken.

Nepotism may have contributed to his hiring, as Halbert had no prior experience in HR but instead was reportedly "close to CEO Evan Spiegel." Snap confirmed to BI that the departure was "mutual and amicable."

On top of that, Cheddar notes that Snap's head of investor relations, Kristin Southey, left in November, a departure that had not been previously reported. Losing a CFO just months after losing the primary point of contact with Wall Street is a rather unfortunate development that will significantly undermine investor confidence in Snap's ability to pull off a turnaround.

Other notable recent departures include Chief Strategy Officer Imran Khan, communications head Mary Ritti, and content exec Nick Bell, among others. Spiegel's management style has been called into question recently, as his obsession with developing Spectacles-- which barely anyone buys or uses -- reportedly contributed to Vollero's resignation. Maybe Stone's replacement will last longer.