The market is increasingly optimistic that the two government-sponsored entities could return to private ownership.

To understand why all this matters, you have to understand how we got here. After Fannie Mae and Freddie Mac experienced massive losses resulting from the housing crisis, the U.S. Treasury injected $187.5 billion of capital into the failing institutions to keep them solvent. In exchange, the U.S. Treasury received high-yielding preferred stock as well as warrants that allowed the Treasury to claim nearly 80% ownership of the two mortgage giants. That occurred in 2008.

By all appearances, the plan was that the Treasury's involvement in the two government-sponsored entities (GSEs) would be short-lived. As the housing market recovered, Fannie and Freddie would use their profits to pay back the U.S. Treasury's high-yielding preferred stock. Eventually, the Treasury would cash out of its ownership of Fannie and Freddie by selling its shares on the open market. 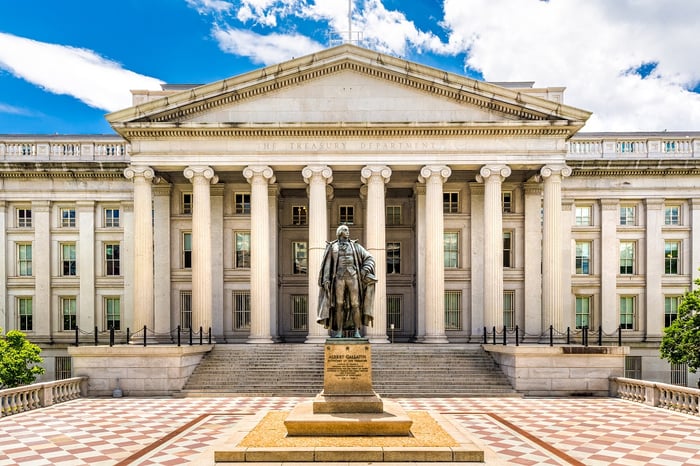 That was, without question, highly controversial. The U.S. Treasury had contractual claim to about 80% of the profits the companies generated by way of the warrants that gave it nearly 80% ownership of the GSEs, but the net worth sweep effectively gave the U.S. Treasury all of the two entities' profits in perpetuity. So long as the net worth sweep remains in place, Fannie Mae's and Freddie Mac's shareholders simply own worthless paper.

Many investors have argued that amending the terms of the bailout was unfair, and for good reason. But nothing has ever really come of it. Fannie Mae and Freddie Mac effectively exist as arms of the U.S. government, insuring American mortgages and earning profits that are immediately put into the U.S. Treasury's coffers.

That could soon change, however. In a statement to MarketWatch, an FHFA spokesperson said that Otting had "mentioned, as he previously has, that Treasury and the White House are expected to release a plan for housing that will include details about reform and will likely include a recommendation for ending Fannie Mae and Freddie Mac conservatorships. [Treasury] Secretary Mnuchin has said that the goal of the [Trump] administration is to take the GSEs out of conservatorship. Acting Director Otting said that he and FHFA will work to advance that plan."

This is very big news for anyone who owns shares of Fannie Mae and Freddie Mac. Though details about the plan and a timeline haven't been announced yet, the FHFA spokesperson's statement to MarketWatch suggests there may be light at the end of the tunnel for Fannie Mae's and Freddie Mac's shareholders.

You have a right to be cynical, though. As longtime shareholders or followers of this story may know, there have been countless head fakes surrounding the end of the government's de facto ownership of Fannie and Freddie ever since the net worth sweep was put in place in 2012.

It's notable that even after rallying today, Fannie Mae and Freddie Mac shares still trade for less than half their highs they set when it became clear that Donald Trump would be the next president of the United States. At the time, his election was believed to put the privatization of Fannie and Freddie on a fast track, and yet, to date, there hasn't been any tangible progress toward returning the two entities' profits to private hands.