From insurance to clothes, food, and medicine, these three juggernauts have you covered.

It goes without saying that some of the world's best stocks are tied to products that play prominent roles in our daily lives. While those products often share a name with their respective businesses, the link between a promising stock and its company's wares is sometimes unclear. 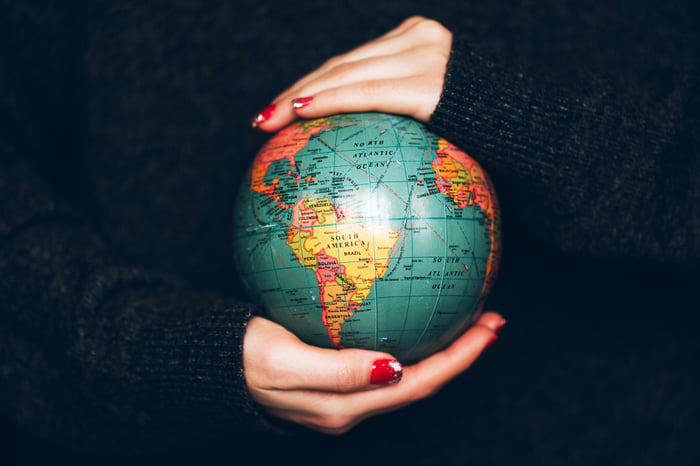 In consumer goods, the world isn't as big you might think. Image source: Getty Images.

I would be stunned if you didn't use at least one product every day that was directly made by either a Berkshire Hathaway subsidiary or one of the many businesses within its stock portfolio.

Eating your way to big dividends

Reuben Gregg Brewer (General Mills): Cheerios, Yoplait, Haagen Dazs, Nature Valley, Annie's, Fruit Roll-Ups, and most recently, Blue Buffalo. If any of those names ring a bell, you're thinking about -- or perhaps using -- a General Mills product. And there are many more brands where those came from.

Despite having a history that spans over 100 years, however, General Mills' business as a packaged food company today isn't seen as a good thing. Consumers are buying fresher and healthier fare, which has depressed General Mills' top and bottom lines. But as General Mills has done before, it's shifting its focus by selling off older brands (Green Giant), buying new ones (Blue Buffalo), and updating its product offerings (Yoplait) to better serve customers.

The problem is that turning around a ship the size of General Mills is a slow and costly process. Inflationary pressures have only made things worse, which is why the stock yields an alluring 4.6% today, easily at the high end of its historical yield range. 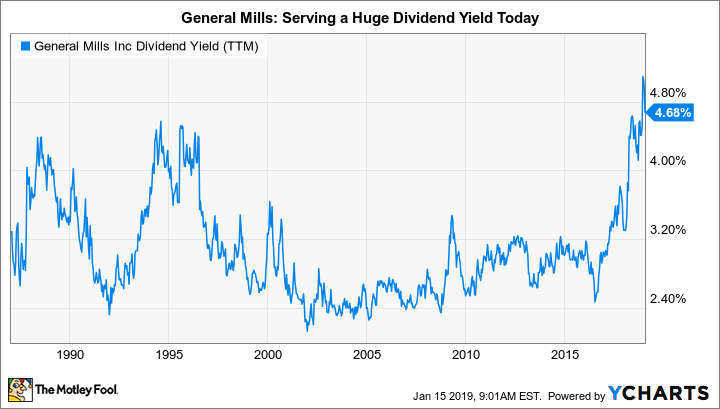 The fear is that General Mills won't change fast enough and that the debt it's acquired -- notably to pay for the Blue Buffalo deal -- will lead to a bad ending. But General Mills has successfully navigated changing consumer tastes before.

Watch to ensure that management comes through on its promise to lower leverage (long-term debt is currently 65% of the capital structure) and support its interest payments (operating income, excluding one time charges, covered interest expenses 5.6 times over in the third quarter, showing that General Mills is easily covering interest expenses right now). But as long as it does these things, the worst-case scenario is likely to be muddling through a difficult transition. A generous dividend yield is ample compensation for the uncertainty here.

Leo Sun (Johnson & Johnson): There's a strong chance that you use some of Johnson & Johnson's pharmaceutical, medical device, or consumer healthcare products every day. For example, its consumer healthcare unit includes skin-care products like Neutrogena and Aveeno, Listerine mouthwash, pain relievers like Tylenol and Motrin, and first-aid products like Band-Aids and Neosporin -- which are all familiar brands to shoppers.

J&J faced some headwinds over the past year, including generic competition for its former blockbuster drug Remicade, currency headwinds, and lawsuits regarding the safety of its talc products. However, the company is quickly offsetting Remicade's declines with sales of newer drugs like Zytiga and Imbruvica, as well as hypertension drugs from its $30 billion takeover of Actelion. It should also eventually settle its lawsuits with one-time settlements and recalls that won't meaningfully impact the company's long-term growth. It's also divesting weaker product lines, like diabetes devices, to stabilize its oft-overlooked medical-device business.

Analysts expect J&J's revenue and earnings to rise 2% and 6%, respectively, next year. Those growth rates sound unimpressive, but J&J's slow-and-steady returns make it an ideal stock to hold during a market downturn.

The stock is fairly cheap at 15 times forward earnings with a forward dividend yield of 2.8%. J&J has hiked that dividend annually for 56 straight years. That low valuation and solid dividend make J&J an ideal stock to "buy and forget" for decades to come.

The fact these three businesses own a plethora of well-known brands doesn't automatically make them great investments. But it's certainly a good starting point for investors who are seeking promising portfolio candidates. If anything, we think all investors would do well to couple their own financial research with a closer look at the products that surround them every day.