Streaming-TV giant Netflix (NASDAQ:NFLX) was up against some big expectations when it reported its fourth-quarter results this week. Though shares slipped about 4% on Friday as investors digested the information in the update, it's fair to say the company mostly lived up to expectations. After all, the stock is still up 27% since Jan. 1.

Netflix's strong momentum as a business remains undeniable. The company continued its impressive run in Q4, posting a 27% year-over-year increase in revenue, driven by a 26% increase in paid memberships and a 3% boost in average subscription pricing.

For a closer look at the company's recent progress and management's expectations, here are a few quotes from Netflix's fourth-quarter shareholder letter. 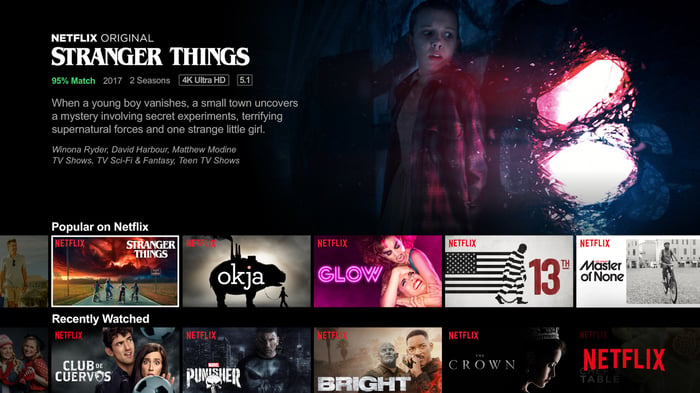 As was expected, Netflix's earnings per share declined in Q4, falling from $0.41 in the year-ago quarter to $0.30. The decline was driven by higher content spending, which pressured the company's operating margin.

But investors can expect this key metric to improve over time. "We're targeting a 9% operating margin in Q1'19, which we expect will grow over the course of the year and our full year operating margin target for 2019 remains 13% vs. 10% in 2018," management said.

Netflix's original film Bird Box was a major hit. "In its first 4 weeks on Netflix, we estimate that Bird Box from director Susanne Bier will be enjoyed by over 80 million member households, and we are seeing high repeat viewing," management said in its fourth-quarter letter. Success like this, along with good performance from other recently launched Netflix films like Dumplin', The Christmas Chronicles, and ROMA, and the continued success of Netflix's original series, has management hungry for more in-house content

"As a result of our success with original content, we're becoming less focused on 2nd run programming," management said.

3. Netflix is competing for screen time

Management doesn't necessarily view streaming-TV services like HBO NOW and Hulu as its primary competition. Instead, management believes its biggest competitors are apps that take up the largest portions of consumers' screen time. Fortnite and Alphabet's YouTube, for instance, are primary competitors, according to management.

"We compete with (and lose to) Fortnite more than HBO," management said. "When YouTube went down globally for a few minutes in October, our viewing and signups spiked for that time."

To remain competitive, Netflix says it focuses on the quality of its experience compared to other screen-time experiences for consumers to choose from.

For now, Netflix is burning through massive amounts of cash to fund its expansion. Free cash flow (FCF) was negative $3 billion in 2018 and is expected to be around the same level in 2019. But management said it expects this free cash flow to improve in each year after 2019.

"This FCF improvement will be driven by growing operating margin, which will allow us to fund more of our investment needs internally," management noted

It's good to see that management believes there's a clear path to improving its free cash flow as it grows. Eventually, Netflix will need to prove its business model is viable without needing to repeatedly raise capital.