The startup uranium miner makes some bold claims about profitability, but how do they stack up against the rest of the industry?

Some of the most tempting stocks in the energy and materials industry are companies looking to develop a new mine or other large-scale projects from scratch. These companies tout the incredible economics of these potential projects and how, at today's stock prices, the company is an absolute steal. Denison Mines (DNN 6.89%) very much falls into that category. Based on the estimates management has put together for its uranium mine in Canada, you would be crazy not to invest in this company.

What investors should consider, though, is how reliable those numbers really are. So let's dig into Denison's claims and put them to the sniff test to see if Denison Mines' stock is a buy now. 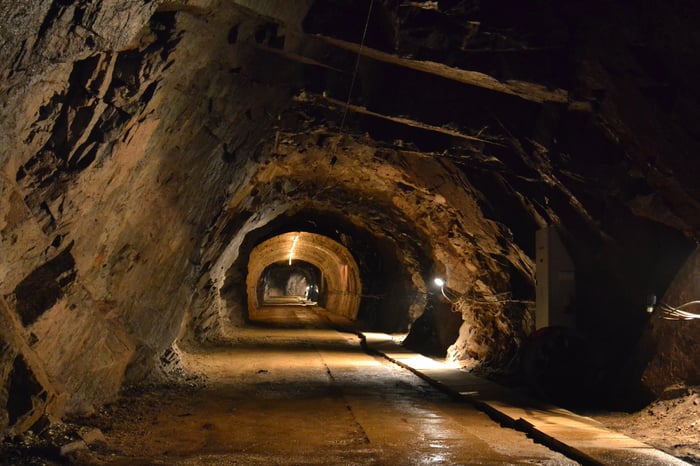 The siren song of a slide deck

According to Denison, it owns one of the largest undeveloped uranium deposits in the Eastern Athabasca region of Canada. This region is rich in uranium ore and is home to some of the largest producers, including Cameco (CCJ 3.81%) and Orano. On top of this deposit, known as Wheeler River, the company has leases and exploratory licenses on several other tracts of land in the region that management believes hold an immense amount of potential further down the road. The focus for now, though, is on Wheeler River and exploiting its 104 million pounds of high-grade uranium ore.

What's perhaps more impressive than the size of Denison's ore deposits is the seemingly off-the-charts profitability the company claims it can achieve once operational. Denison's claim is that it can use in-situ recovery methods that will cost about $3.33 per ton of triuranium octoxide, the common ore form of uranium also known as yellowcake. With current yellowcake prices around $28 per pound, the profit margins here are incredible.

With a deposit as large and as profitable as Wheeler River, Denison claims the entire project can generate internal rates of return greater than 38%. With numbers like that, how can any investor not be tempted to invest in this company?

When paper runs into reality

Before you go rushing to hit the "buy" button after reading Denison's sexy slide deck, it's worth taking a step back and looking at the uranium market as well as scrutinizing some of those numbers. For one, the future of nuclear power is throwing off some mixed signals and may not be as rosy as some uranium miners claim it will be. One thing that miners continue to point at is the amount of nuclear facilities under construction around the world. Cameco notes on its investor presentations that there are 55 new nuclear power plants under construction and that "many more" are planned. The International Energy Agency estimates that nuclear power will grow about 1.8% annually between now and 2040.

The question investors need to ask themselves is how much faith we can put in these planned facilities actually getting built. For example, there are seven nuclear plants considered in the planning phase, but none of those seven have gone past the initial licensing phase for years. Also, according to financial advisory firm Lazard, the levelized cost of energy for a new nuclear plant is, at its most economical, double the cost of the least-economical onshore wind farm on a per Megawatt-hour basis. Lazard even estimates that the costs for building a new onshore wind farm without any government subsidies are on the low side of maintaining current operations at an existing nuclear facility.

As the costs for wind, solar, and battery storage precipitously decline -- not to mention natural gas being cheap and abundant -- that cost advantage will only get wider. That will likely lead to several of those nuclear plants in the planning phase not becoming a reality. What's more, continued cost declines could potentially accelerate the pace at which existing nuclear facilities get retired. If that is the case, then demand for uranium could be much lower than what these mining companies anticipate. That's not good news for an industry that is already cutting production to handle oversupply issues.

The other point to consider is that Denison's projections for profitability could be overly optimistic. Denison says that it can achieve an 89% operating margin for its phase one in-situ recovery project with uranium ore prices close to what they are today. When compared to the financials of currently operating facilities, that seems far-fetched. For the first nine months of 2018, Cameco's gross profit margins were only 7%. Kazatomprom, the world's largest uranium supplier that also uses similar in-situ recovery methods, reported that gross profits for the first six months of 2018 were around 26%.

With two of the three largest uranium miners -- Cameco, Orano, and Kazatomprom produce 51% of the world's uranium -- reporting much lower gross margins from existing mines than what Denison claims it can get from a mine that is not yet built, it's hard to believe that the company can achieve these levels of profitability over the long term. 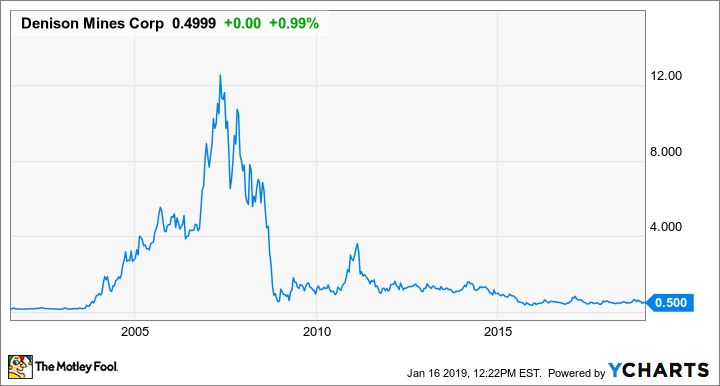 Too much hype, not enough performance

As wonderful as Denison's plans look on paper, they don't really hold up well against the realities of the uranium market and the performance of its peers. The idea that a company can build a new mine and instantly have cash costs 75% lower than those of every other company in this business seems almost detached from reality.

Keep in mind, too, that it's not as though Denison is a young company. It has been publicly traded for close to 20 years. While it takes some time to go from prospecting on a plot of land to fully operating a facility, it certainly doesn't take that long.

If Denison can actually get this mine up and running by 2024 as its current plan suggests and it can deliver the kinds of financials it claims it will have in this slide deck, then it will be certainly worth considering. But the chances of that actually happening seem so incredibly low that it's not worth it for investors to even take a flyer on this stock.