Investors have put nearly $365 billion into this handful of funds. Find out why.

The Vanguard Group has been a pioneer in the rise of indexing as an investing strategy. Starting out with Jack Bogle's Vanguard 500 Index Fund in 1976, the fund giant has seen explosive growth in assets under management, offering dozens of index mutual funds and becoming one of the leaders in the field. As exchange-traded funds became more popular, Vanguard entered that market as well, and it's become one of the biggest providers of ETFs in the industry.

Investors have entrusted trillions of dollars to Vanguard through its mutual funds and ETFs, and a huge portion of the ETF assets that Vanguard has under management is concentrated in just a handful of funds. Below, we'll reveal the five top Vanguard ETFs and provide a look into what has made them so popular.

The top Vanguard ETFs for 2019

Vanguard's top two ETFs are both designed to help investors get immediate exposure to the U.S. stock market. Yet the two funds take a different tack at doing so, revealing the divide among investors about the best way to invest in domestic stocks.

On one hand, Vanguard Total Stock Market has been a leading ETF in the fund company's arsenal for a long time. The ETF offers the widest possible array of investment holdings that include U.S. companies of all sizes, ranging from some of the biggest companies in the world to some of the smallest up-and-coming companies listed on public stock exchanges. Because of its market-cap weighting, the bulk of Vanguard Total Stock Market's assets are large-cap stocks. But almost 25% of the fund is invested in mid-cap, small-cap, and micro-cap stocks. Those smaller groups have historically been more volatile than their large-cap counterparts, but they've also had better long-term performance, and so Vanguard Total Stock Market hopes to outperform a portfolio solely composed of large-cap stocks. 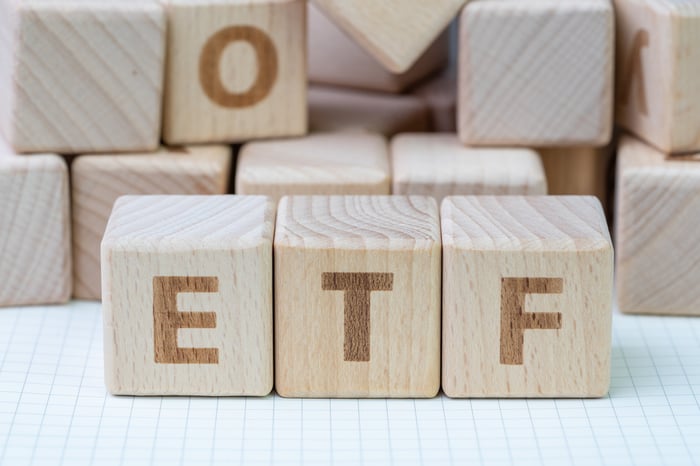 Neither ETF has been able to declare final victory. Over the past five years, the S&P 500 fund has had the better return, but when you look back a full decade, it's Total Stock Market that's been the winner. Investors can expect that debate to continue well into the future.

The other great debate on buying international stocks

There's also a similar difference of opinion when it comes to investing internationally. Some investors prefer investing in countries that have well-developed economies, as they tend to be more stable. Others prefer the high-growth opportunities in emerging markets. Vanguard has an ETF for each of these groups, and lately, it's been the developed-market fund that's been more popular.

It's easy to understand the difference between these funds just by looking at exactly where they invest. Developed Markets has its top allocations to Japan, the U.K., France, Canada, and Germany, with a host of other European and former British Commonwealth countries representing most of the remainder of the fund's assets. Emerging Markets is concentrated in China, Taiwan, India, and Brazil, with South Africa joining other smaller economies across the globe.

Neither fund has performed well lately, with both sporting double-digit percentage losses over the past year. Challenging conditions across the globe have weighed on international stocks. When you look back 10 years, the emerging markets ETF has done a bit better, but both have badly lagged U.S. stocks. That explains much of why their assets under management are so far behind what Vanguard's two U.S.-focused ETFs have brought in.

Finally, Vanguard's No. 5 ETF is an interesting choice. Vanguard Value concentrates on those stocks that are less expensive from the perspective of earnings-based valuations, even though they typically have slower growth rates. That's a philosophy that sits well with relatively conservative investors, and that matches well with the profile that many Vanguard customers have.

What makes Vanguard Value's appearance noteworthy is that value stocks have generally underperformed growth stocks over the past decade. Vanguard's corresponding growth stock ETF has seen average annual performance that's more than 2 percentage points higher over that span. Nevertheless, investors have seen solid returns from the value ETF, and they think that those stocks are well-poised to outperform when growth stocks finally succumb to cyclical downturns.

Do these ETFs belong in your portfolio?

The interesting thing about this list of top Vanguard ETFs is that you could make a well-diversified portfolio solely by selecting from among these five choices. Given the size of the ETFs, many Vanguard customers have come to the same conclusion.

3 ETFs Perfect to Grow Your IRA

Should You Stack Your Roth IRA With High-Potential 5G, FinTech, and Big Data Stocks?

Should Investors Look Beyond US Stocks For a Bull Market?

3 Emerging Markets ETFs to Watch in 2020