Changing the way its dealerships are operated could alter the way its motorcycles are sold.

The introduction of the LiveWire electric motorcycle indicates it's no longer business as usual at Harley-Davidson (HOG 3.16%), a company built on gasoline, grease, and loud pipes. It's not a new type of bike that signals big changes are coming to the motorcycle company, though, it's the reversal on prohibiting private equity firms from owning its dealerships that means Harley is not the same business it was.

It's a long-standing Harley-Davidson policy that private equity firms can't own a Harley motorcycle shop. The bike maker has always encouraged a family style of ownership and demanded its owners be onsite to deliver one-on-one customer service. The company's dealer policy manual specifically states, "A dealer owner(s) sets the tone for the entire dealership, and we believe it is critical to the Harley-Davidson experience that there is an individual owner who is onsite and actively involved in the dealership operations." 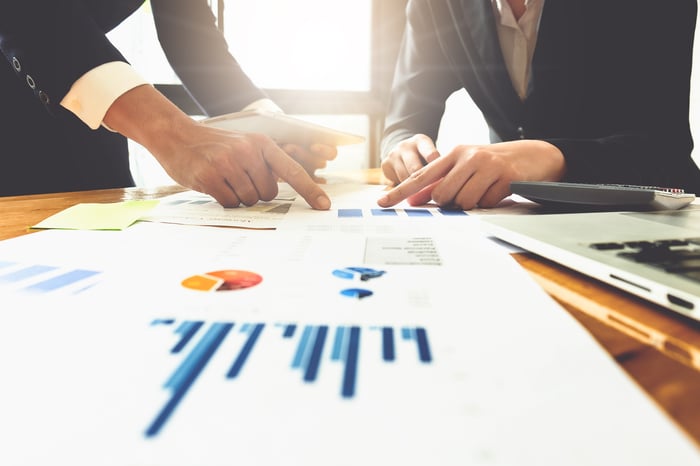 That meant dealers were focused on growing sales. They wanted to win customer loyalty so those customers would return for motorcycle maintenance and repairs and buy gear in the company store attached to every showroom. And yes, when it was time to buy a new bike, they'd come back to the dealership for that too.

For that reason, dealers couldn't own more than six dealerships so they weren't spread too thin. And if they wanted to buy another dealership, they had to be in the top 33% for dealership performance to be considered.

The motorcycle industry has evolved, though. Interest in heavy, big-bore bikes is on the wane and sales are tough to come by. So Harley-Davidson has changed too. At a dealer webinar in December, Harley-Davidson revealed that not only can a dealer buy as many as 10 dealerships now (albeit still having to be a top performer), but private equity will also be able to invest in dealerships.

That's a significant change, because it means individuals no longer need to be majority owners, and the owner no longer has to be onsite at the dealership. Essentially, Harley-Davidson is encouraging absentee ownership of its shops, though the motorcycle company says it is not trying to adopt the auto dealership owner model.

The distinction is not insignificant. In the auto dealer model, the car manufacturer sets the tone for how the dealer operates and the incentives that should be offered to meet financial objectives. It is a top-down structure in which the dealer is really more of a general manager than an owner who calls the shots.

Allowing private equity firms to buy dealerships only accentuates that profit-at-all-costs mentality, as streamlining, cutting costs, and squeezing margins out of every corner takes precedence over good employee, customer, and community relations. PE firms also typically invest in a business with an eye on an exit strategy, not the lifetime commitment that many Harley dealers make.

Harley-Davidson, however, has been hinting at this shift ever since unveiling its More Roads to Harley roadmap last summer. For example, the overhaul of the company's website and opening a storefront on Amazon.com to sell more apparel and branded gear was a direct threat to dealers, who derive a good portion of their profits from such sales. Clothes with Harley logos and bike accessories carry a large markup, so by directing consumers to the company's website or to Amazon and away from the dealers' stores, Harley's taking money out of their pockets and putting it in its own coffers instead.

The change in focus to overseas markets outlined in the roadmap may also be behind why the motorcycle company is letting in PE firms.

Its vision of the Harley of tomorrow is one in which international markets represent half its sales volume; today over 60% of sales come from the U.S. Many of the radical new bikes Harley's preparing to introduce over the next few years -- small electric scooters and bicycles as well as adventure touring bikes -- will first be introduced in foreign markets.

It could very well be that to expand the number of dealers globally, Harley is looking to Wall Street to finance its dreams, as it wants to open 25 to 35 new full-line dealerships every year through 2022.

Altering the dealership you knew

Harley-Davidson spokeswoman Erin Barbeau has stated that the motorcycle company is not trying to undermine its existing dealer network, and is making changes to help facilitate growth. She also explained many dealers are excited by the opportunities these changes represent because they can help its best dealers get even better and grow bigger.

There is undoubtedly truth to that, but by allowing private equity firms with their notorious short-term thinking to buy into the dealer network, while no longer demanding owners actually be onsite to run their businesses, Harley-Davidson is changing the flavor of what till now has been a close-knit, family style of running its business, and the top-down approach may alienate even more motorcycle buyers.