In perhaps a harbinger of a softer economic environment in 2019, diversified industrial toolmaker Stanley Black & Decker (NYSE:SWK) projects that it will have lower growth in revenue and earnings in 2019. The parent company of its namesake tool labels -- as well as the Craftsman and DeWalt brands, among others -- released fourth-quarter 2018 results on Tuesday before the markets opened. Through the manufacturer conveyed healthy results, shareholders appeared to focus more closely on a muted earnings outlook for 2019.

Let's review pertinent details from the quarter, comments from management, and earnings guidance for the new year below. Note that all comparative numbers in this article are presented against the prior-year quarter (the fourth quarter of 2017). 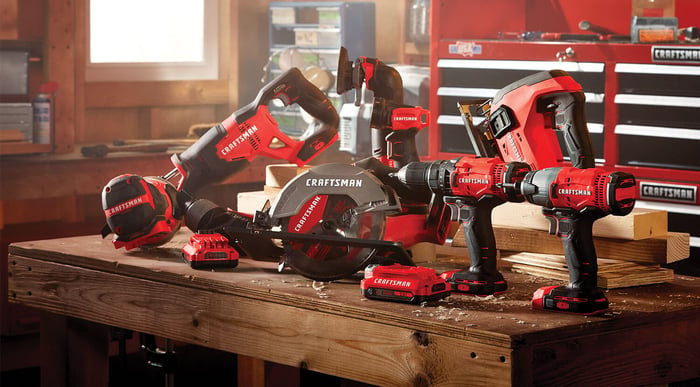 Stanley Black & Decker appears to be cautious heading into the new year. The external headwinds of tariffs, commodity inflation, and foreign currency impacts -- which the company blamed for its slimmer gross margin in the fourth quarter -- also figured in its 2019 outlook provided alongside earnings.

Stanley's wary outlook and prim estimates caught shareholders off guard; the SWK symbol fell 15.5% in the trading session following the company's earnings release. To date, shares have lost nearly one-third of their value from the beginning of 2018, and now trade at just 12 times one-year forward earnings. Any further deterioration in Stanley stock may begin to attract value-oriented investors.