Roughly 15 years ago, I joined my family's ladder and scaffolding business, where I would spend the next four years. Up to that point, my career had been entirely in media -- running newspapers, trade magazines, and websites.

I had a few successes under my belt but had never done anything close to running a store, factory, or rental business. It wasn't that I couldn't do those things, but nothing I had done previously made it obvious that my skills would translate.

In many ways, hiring me was the classic small company mistake -- putting the owner's kid over longer-tenured employees. Except I didn't come in and take over. Instead I was slowly integrated into the multilocation company with a few hundred employees, learning my way, proving myself, and earning authority. 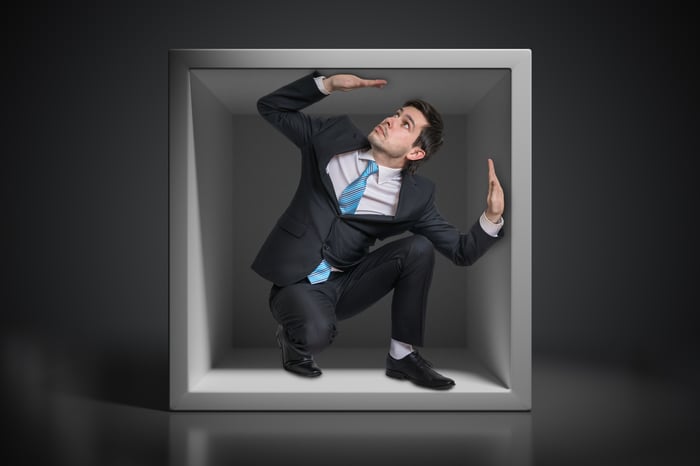 It's easy to fall into this hiring trap. Image source: Getty Images.

Small businesses are often family businesses. In my case, when I joined, my family's company had a nonrelative CEO with my aunt and father in prominent positions (my aunt now runs the company). I entered as a sort of minister without portfolio. My name alone carried some authority, but nobody worked for me, and I spent a year traveling with salesmen, meeting with middle management, and talking with customers.

By having me do that, our CEO avoided the trap that so many small business owners fall into. Yes, I was more or less "the boss's kid," but by the time I had any real authority I had worked with the entire sales and day-to-day management teams. And when I made my first decision it was backed by a hard-earned credibility.

That's OK. My father, for example, can sell, speaks well, and is generally likable. He's also a product expert who commands the respect of the industry. He's not, however, a financial leader (that's my aunt), and the leadership roles have been divided up accordingly.

It's not always pleasant making these decisions. Nobody likes to hear their limitations or that they won't get something they feel entitled to.

As a small business owner, though, you have a responsibility to your business as well as your family. It won't benefit anyone to bring in a family member and push him or her too far too fast. Have a training plan and involve your workers in it.

People generally understand that family members will have a place in a family business. Bring them in the right way and their presence can actually allay fears about what happens when the current generation retires (or dies).

Shove them down people's throats or give them responsibility they don't earn, and you can create resentment. That can undermine your entire business and cause good people to leave.

Be open. Have a plan and share that plan with the family member(s) being hired and with the company. Make the next generation earn respect, and don't hand them anything. That's a path that takes more work, but it leads to a much better end result.