Please ensure Javascript is enabled for purposes of website accessibility
Log In Help Join The Motley Fool
Free Article Join Over 1 Million Premium Members And Get More In-Depth Stock Guidance and Research
By Daniel B. Kline - Updated Apr 22, 2019 at 8:39PM

Sometimes complacency can be a big mistake.

Sometimes doing nothing can lead to big problems. And when it comes to car and homeowners insurance, the system makes it very easy for consumers to take the path of least resistance.

In most cases, these types of insurance simply renew each year, and the policyholder probably gets a notice of any changes. But many people don't know what their old rates were, so it's easy enough to miss any increase. That problem may be even worse with home insurance, which many people pay through an escrow as part of their mortgage bill.

These are bills many people don't check, or they pay them via autopay. That may be costing them money because they might be able to get better deals if they shopped around. Despite that, one in three Americans with homeowners or car insurance has never shopped for a better deal, according to a new survey from insurance website Policygenius. In addition, almost half of those who have shopped for alternatives to their current coverage have not done so in the past year. 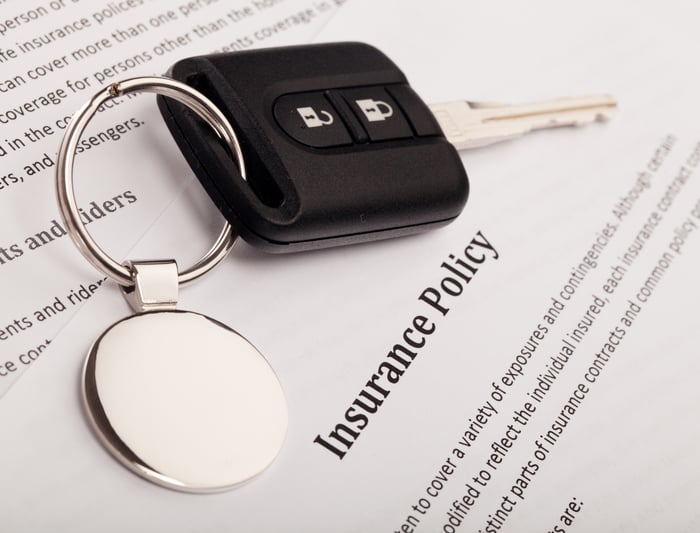 Most consumers would benefit from shopping around for car and homeowners insurance. Image source: Getty Images.

Money on the table

Insurance rates are not fixed. What you paid last year does not determine what you will pay next year, and insurance companies know that many consumers aren't paying much attention.

"It's not uncommon for insurance companies to re-rate on a yearly basis," Fabio Faschi, property and casualty team lead at Policygenius, wrote in a press release. This is due to tightening profit margins in the industry. "Insurers are regularly reevaluating their product to make the most sense in changing markets."

It's possible that your insurance company will re-rate you and lower your rates. That's a good thing, but it's not an excuse to stay with them. It makes sense -- even when your bill goes down -- to check to see what other companies will charge you.

It's worth the hassle

It's easier to just pay the new bill and not look for alternatives. That's a lazy approach that in many cases will result in paying more for insurance.

When consumers do shop around, according to Policygenius, 42% switch their car or homeowners insurer. That suggests that more than 4 in 10 consumers found better deals just by looking -- and the number is probably higher as some likely found a better price but decided to stay with their current provider for reasons that go beyond cost.

It's important to make sure you're paying a competitive price for home and auto insurance. Checking each year lets you know if your current provider has taken advantage of you or if another company views you as more valuable and offers a much better deal.

However, you should consider that price is not everything. If your current provider has offered great service and helped you through a difficult claim, it may make sense to pay a little more to stay.

But if you don't check, you won't know if you're paying a little too much or a whole lot too much. You might overlook the first of those two possibilities if you like your current provider. If you could save a lot by switching, though, you should engage your current provider to see if it will match or at least come close to the deal. If not, it's probably time to move on.