A quarter of decent revenue growth is overshadowed as the company trims its fiscal 2019 guidance.

If you only had Briggs & Stratton Corp.'s (BGGS.Q) second-quarter fiscal 2019 financial statements to absorb, you might be surprised to find company shares down as much as 16% in the trading session following Wednesday's report, which was released after markets closed.

The catalyst? A fiscal 2019 earnings revision that investors in the outdoor equipment engine manufacturer apparently weren't prepared to digest, which we'll detail below. Note that all comparative numbers in this article are presented against the prior-year quarter (the second quarter of fiscal 2018). 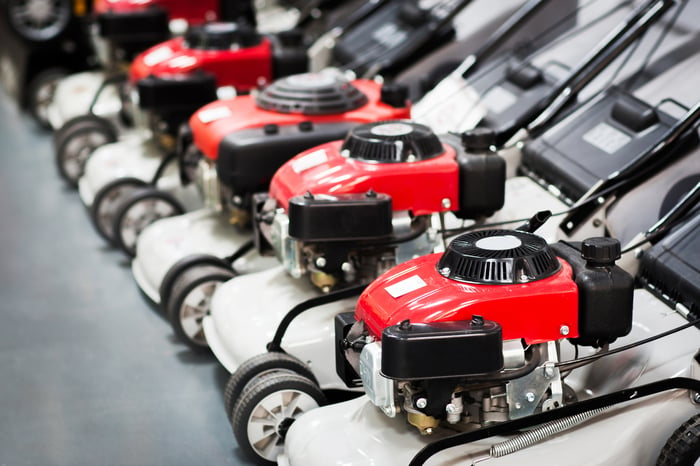 During the second quarter, we made significant progress on our business optimization program, including improvements to return our parts business back to its historical high service levels. We are also pleased by the engine placement achieved for the upcoming lawn and garden season, and are encouraged by the enthusiasm surrounding new brand launches. Equally encouraging, activity remains high in commercial lines. With a broader range of innovative products and stronger distribution, we are serving more commercial applications than ever before.

A revision of current expectations

Despite the positives discussed above, Briggs & Stratton nonetheless crimped its full-year 2019 forecast due to the effect of the recent bankruptcy of Sears Holdings, a major retail customer, and the impact of bad weather in Europe and Australia in the first half of the year.

Briggs & Stratton reduced full-year revenue expectations by $50 million at both the low and high ends of its projected range, to a new band of between $1.9 billion to $1.96 billion. Management attributed the difference to $30 million in lost sales from the Sears bankruptcy, and a $40 million impact from weather, offset by $20 million in generator sales in the first two quarters of fiscal 2019 due to hurricanes Florence and Michael.

Net income is now expected to fall between $47 million and $55 million, from earlier guidance of $60 million to $68 million. This will reduce anticipated diluted earnings per share, at the midpoint of the new projected range, to $1.20, against a previous midpoint target of $1.50.

Briggs & Stratton's stock lost nearly 50% of its value last year, and for now, the reduced fiscal-year outlook spells more pain for shareholders. While the company has been able to generate higher sales and is making steady progress on cost-reduction initiatives, it still has much to achieve.

Chiefly, gross margin needs to improve, and lack of a substantial advance on this front is manifest in the organization's $216 million operating cash burn in the first six months of the fiscal year. Shares may be tempting at the moment, but bargain hunters would do well to wait for higher profitability before building a significant position.