The cloud growth hangover may have finally arrived.

Shares of chip giant Intel (INTC 0.43%) dropped on Friday after the company's fourth-quarter report disappointed investors. Intel missed revenue estimates due in part to weak data center growth, and it expects non-PC revenue to decline in the first quarter. The stock was down about 6.3% at 11:45 a.m. EST.

Intel reported fourth-quarter revenue of $18.7 billion, up 9% year over year but $360 million below the average analyst estimate. The data center group grew revenue by just 9% year over year, slower than the 10% growth posted by the PC chip business. 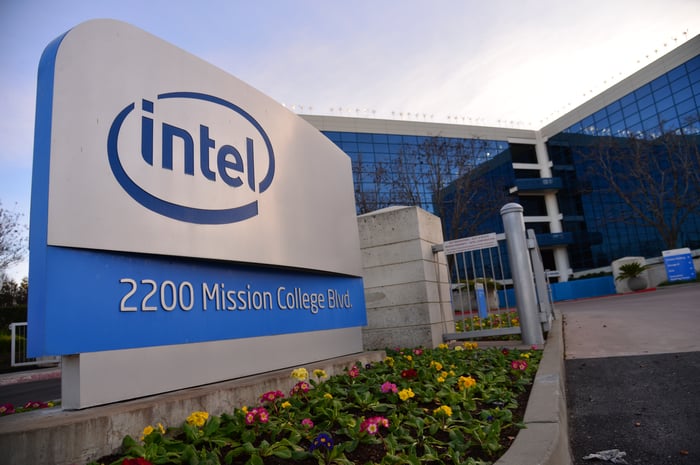 Intel did manage to beat expectations for earnings. The company produced non-GAAP EPS of $1.28, up from $1.08 in the prior-year period and $0.06 better than analysts were expecting.

But Intel's first-quarter guidance raises some questions about the data center business. Intel expects overall revenue and EPS to be flat year over year, with data-centric revenue down a low single-digit percentage. Intel blamed higher-than-normal inventory levels during the earnings call, and it expects purchases to pick back up again in the second half.

Is the slowdown in server chip sales truly a temporary inventory problem? Or is it a sign that the boom in cloud computing growth over the past few years is coming to an end? If it's the latter, then Intel's data center business won't be bouncing back as strongly as the company seems to be assuming.

This slowdown comes at a time when Intel is facing legitimate competition in the server chip market, mostly from Advanced Micro Devices. AMD has been slowly gaining market share with its EPYC chips, so Intel has to worry about not only a potential slowdown in cloud demand but also the first real competitive threat it's faced in years.

Investors are clearly worried about Intel's crown-jewel data center business, sending the stock lower of Friday. Things could get much worse for Intel if a second-half recovery doesn't materialize.